Pancreatitis in dogs or canine pancreatitis is the inflammation of the pancreas. The pancreas is an organ that lies alongside the stomach. It is an important part of the digestive system as it produces the enzymes needed to digest food properly. It also produces hormones such as insulin, which regulates blood sugar. When the pancreas becomes inflamed, the flow of enzymes is disrupted and they spill into the abdominal cavity.

Pancreatitis can be a mild to serious condition. In serious cases, the enzymes that are redirected away from the digestive tract and into the abdomen begin to break down the fat and proteins in the dog’s essential organs. In this case, the misplaced enzymes are causing the body to digest itself.

The organs that are usually affected first are the kidneys and liver, because of their close proximity to the pancreas. Although pancreatitis is a serious condition if left untreated, it can usually be treated without any permanent injury to the animal’s organs. If left untreated for an extended period of time, however, severe organ damage can occur, followed by brain damage, shock and possibly death.

The causes of pancreatitis vary and can include changes in diet or an allergic reaction to a prescribed medication. The condition can affect all breeds of dogs and cats, however there are a number of breeds that seem to be more susceptible to developing the condition.

There is currently no cure for the condition. Veterinarians will usually admit the affected animal to hospital in order to address any infections, dehydration and trauma caused by pancreatitis. Here, under observation, the pancreas is allowed to heal on its own.

Symptoms of pancreatitis in dogs

Pancreatitis can lead to a number of serious symptoms, depending on the severity of the condition. The symptoms of pancreatitis are not unique to this condition and the illness can often go overlooked or be misdiagnosed, allowing the condition to become more severe. In the later stages of pancreatitis, symptoms will be more serious. Fortunately, if these symptoms are identified early and veterinary care is sought immediately, pancreatitis will usually not cause permanent damage.

Among the more common symptoms are a sore or swollen abdomen, nausea, vomiting, fever, lethargy, abdominal pain, diarrhoea and decreased appetite. If you notice any or all of these symptoms, see your vet for immediate assistance.

Diagnosis of pancreatitis in dogs

Your vet will conduct a number of tests to first determine if your dog is indeed ill and whether or not they are suffering from any other conditions. Because the symptoms for pancreatitis are common to a number of other mild and more serious conditions, a thorough physical exam and blood tests will usually be carried out.

Your vet will ask about your dog’s health history and will likely question you about the dog’s environment, their diet, as well as the level and type of exercise they obtain. For example, if your dog has recently enjoyed a particularly fatty diet, then this could point to pancreatitis.

A complete blood count is taken as well as a chemistry panel and urine test. These tests usually reveal and elevated white blood cell count, but this might be caused by a number of diseases other than pancreatitis. The blood levels of pancreatic enzymes may also be elevated; while this is very helpful in diagnosing pancreatitis, some dogs with the condition will show normal levels of these enzymes.

Further diagnosis tools include x-rays and ultrasounds. Also, a simple biopsy will produce a conclusive result, however they are not often performed.

Although these tests will help the veterinarian determine whether you dog does indeed have pancreatitis, oftentimes diagnosis is made by performing a simple but thorough physical examination, clinical signs and medical history.

Treatment of pancreatitis in dogs

There is no cure as such for pancreatitis, but the condition can be managed successfully if there is early diagnosis and prompt treatment. Therapy may be required for a number of problems within the animal’s body, including severe infection, dehydration, malnutrition and pain.

In the case of mild pancreatitis, treatment will be supportive, by resting the pancreas and allowing it to heal itself. Food may be withheld for a few days if necessary, especially if the patient has been vomiting. During recovery, a special low fat, highly digestible diet will be given.

If your dog is diagnosed with more severe pancreatitis, he will most likely be admitted to hospital for close observation and advanced care. It’s likely that he will stay for around two to four days, although in some cases it can be much longer.

The aim of hospitalisation is to make the affected animal feel comfortable and stress-free while treatments for infections and malnourishment can be properly administered. The following treatments may be given, depending on the severity of the condition:

Once any inflammation to the pancreas and surrounding organs is addressed, the pancreas will usually heal itself after a number of days to weeks. Surgery is rare in the case of pancreatitis but associated conditions that may require surgery include bile duct obstruction, inflammation of the abdominal cavity and pancreatic abscess.

In most cases, pancreatitis is a mild condition and the dog is likely to make a full recovery. Once the animal has spent a few days in hospital under observation, it’s likely that he will be returned to you without any serious lasting effects.

However, if the condition isn’t diagnosed early and it becomes severe, treatment options are more limited. Pancreatitis can cause the surrounding organs to become inflamed and can even affect the brain.

Prevention of pancreatitis in dogs

Although it’s not entirely clear what causes the onset of pancreatitis in dogs and cats, vets believe that fatty diets and over feeding have some role to play.

In order to prevent the onset of pancreatitis, vets suggest that obese dogs be put on a strict diet that excludes unnecessary fatty components and treats. It’s also recommended that dogs are fed twice a day rather than one big meal at one time. It’s best to not feed dogs immediately before they are likely to go to sleep. A high level of carbohydrates in the diet is also a concern and should be monitored closely.

Outside of a healthy diet and exercise regime, it’s thought that some of the causes are simply genetic and cannot be avoided. The best way to prevent your dog from developing pancreatitis is to have them checked by the vet regularly.

While the condition can affect all breeds of dogs and cats, there are a number of breeds that appear to be more susceptible to developing the condition. One of the most common breeds to develop pancreatitis is the Schnauzer.

Obese dogs and those that don’t get much exercise are also at greater risk.

A pet insurance policy with Bow Wow Meow will help ensure you can always afford to give your pet the best treatment for pancreatitis along with many other health conditions. 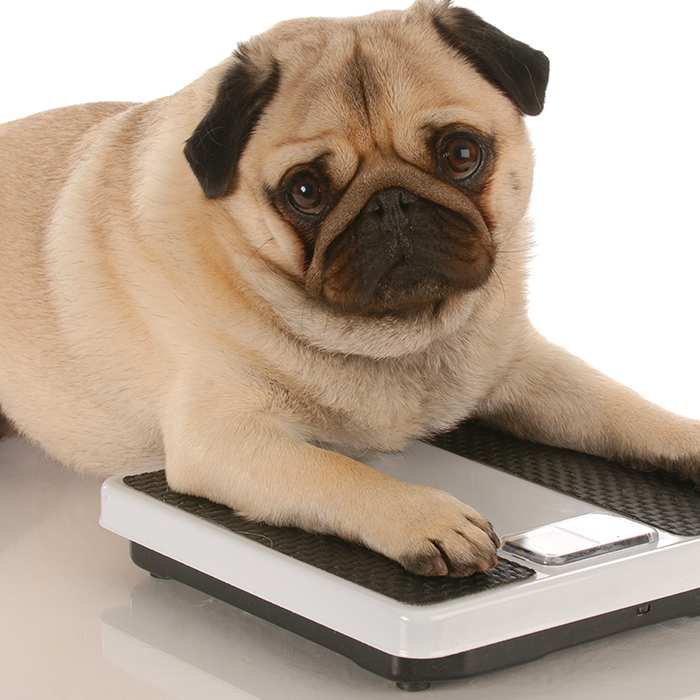 Is your dog overweight?

Our tips for helping your dog lose weight & stay healthy.

Bite injury in cats and dogs Injuries from animal bites can range from bruises and small scratches to life threatening wounds requiring intensive medical care.Read more
Sarcoma in dogs Soft tissue sarcoma is a group of benign or malignant tumors that form in an animal’s soft and/or connective tissues. Read more
Intervertebral disc disorder (IVDD) in dogs Intervertebral disc disorder (IVDD) in dogs is a condition where the intervertebral discs (the cushioning between the bones of the spine) will swell or rupture over time. This can lead…Read more