Why Do Dogs Eat Grass?

Ever wondered why your dog won’t touch vegetables but is more than happy to much on the lawn? Well most of us have wondered at some point or another but never really understood the reason.

The strange thing is that, while all dogs will eat some grass once in a while, experts are still divided when it comes to the point of it all. What they have done is narrowed it down to a handful of possible causes, even if they can’t agree on one definitive answer. Most believe that the reason is a matter of origin rather than cause, especially as dogs don’t have the means to properly digest the stuff.

Here are some of the theories that are floating around; perhaps you could bring some insight to the table. Have you noticed any patterns when it comes to your dog and their sudden appetite for grass?

This is a common one, yet it may be entirely false. It’s thought that dogs that are feeling nauseous will consume grass in order to vomit.

Many people and veterinarians believe that this is an instinctual practice, learned many hundreds of thousands of years ago when dogs were primarily scavengers and could end up swallowing all kinds of nasty things in nature that wouldn’t agree with them.

Another possible reason is that eating grass soothes any irritation in the stomach and, once the job is done, the dog simply throws it all up.

Some believe that grass is consumed by dogs that are lacking fibre in their diet. If you’ve noticed your dog eating grass for long enough, you’ll notice that they won’t throw up after eating it every time.

Many owners and experts have claimed that dogs tend to cut out the eating of grass when they are introduced to a high-fibre diet. There’s also a chance that dogs simply enjoy the texture and flavour of grass and their curious nature will encourage them to experiment.

Is my dog just bored?

It doesn’t sound all that plausible, but there’s a good possibility that many dogs will resort to nibbling on grass when they’re feeling uninspired. It’s thought that just like humans who will form bad eating habits to fill in the day, dogs may get into bad eating habits when not given enough attention or play time.

Many vets suggest that if you notice your dog is eating excessive amounts of grass, try giving them a chew toy to occupy them. Many owners have said that once their dog is preoccupied with something else more interesting, the grass eating seems to stop.

Their scavenger history lives on.

Another common belief is that dogs haven’t forgotten their scavenger roots. For many hundreds or thousands of years dogs have had to survive by scavenging for anything and everything to survive.

Unlike cats, dogs aren’t strictly carnivores. They aren’t exactly omnivores either and their digestive systems are unable to process grass. They aren’t equipped with the enzymes necessary for the task and this fact has helped to keep the strange process shrouded in mystery.

What scientists do know, however, is that dogs were indeed required to eat just about anything to survive. They were largely opportunist scroungers and this meant that all sorts of berries, seeds, insects and grasses would be consumed to survive during hard times.

Could they just be hungry?

If you’ve ever noticed that your dog is always hungry, it’s because they are. Dogs are always looking for something to eat as they enjoy the hunt as well as the process of eating.

Many experts believe that dogs are far more likely to eat grass if they’re feeling peckish in the middle of the day and dogs that are seriously hungry tend to consume more of the stuff. Because of their scavenging past, a simple wander around the backyard could result in the eating of some grass.

You could try spreading out your dog’s meal times to combat this behaviour. If you’re feeding them once or twice a day, try splitting up meals into smaller amounts and providing them more often.

Some vets believe that the eating of grass could be due to anxiety. Dogs, just like humans can develop anxiety-based conditions like Obsessive Compulsive Disorder (OCD) where certain behaviours are triggered when the animal feels anxious or nervous.

There are a number of behaviour patterns that can develop because of OCD but grass eating is a common one. In most cases eating grass will fulfil an itching desire but, in the case that grass eating becomes excessive, it’s advised that you consult your veterinarian.

So there it is – while the cause for grass eating isn’t exactly answered in this article, hopefully it’s answered some of the questions you’ve had over the years and cleared up some of the myths.

Whether it’s something that’s necessary to a dog’s health or comfort, just a bad habit, or something they’ve been accustomed to doing for hundreds of thousands of years, experts can all agree that every dog at some point will do it.

Remember, don’t worry if your dog is vomiting once or twice after eating grass – all dogs tend to do this and it won’t harm them in any way. If they’ve been out eating all sorts of things, however, and they’re vomiting a lot, it might be an idea to take them to the vet.

In some unusual cases dogs will eat things in nature that are harmful to their digestive systems. If your dog is suffering from excessive vomiting or diarrhoea, it’s better to be safe than sorry. 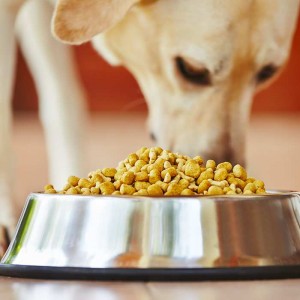 Is this a treat?

A guideline of human foods that could cause you pet harm 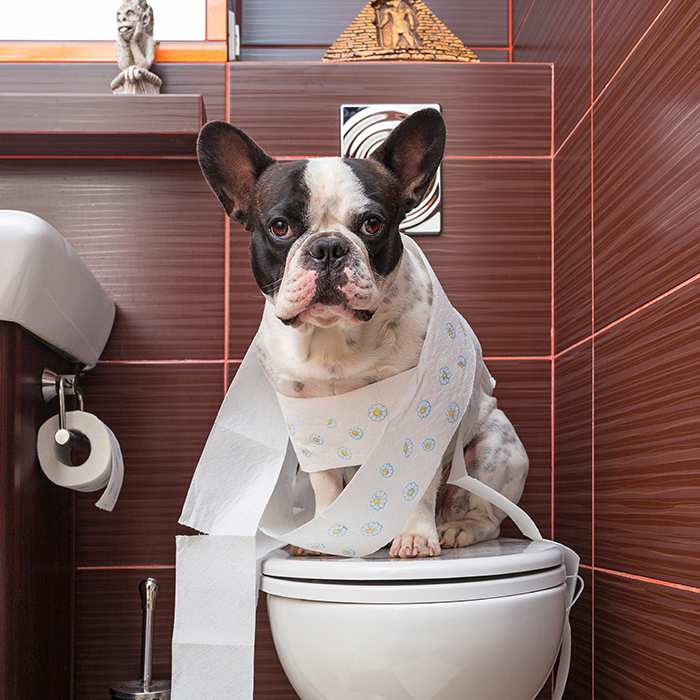 How to toilet train your new puppy

How much exercise does my puppy need? Most puppies are little balls of energy who love to play and run about, but even so, they need regular exercise to stay physically healthy.Read more
Indoor workouts for dogs Drawing inspiration from simple children's games to dog sports like scent work and agility, there are many great options for exercising and stimulating your dog indoors.Read more
The Top 10 Small Dogs in Australia There are some fantastic small dog breeds out there and most of them make fantastic companion animals. Whether you’re not as mobile as you used to be, you have young…Read more