Addison’s disease has a variety of vague symptoms which can leave and return at any time.

Vomiting: When infected with Addison’s disease, pets will vomit much more than what is considered usual. Keep an eye on your pet and, if they are vomiting often, it could be a sign of the disease.

Diarrhoea:Like vomiting, the pet will begin to produce liquid faeces in large amounts. The excrement will smell bad and there may be blood in the stool. Keep an eye on the colour and note the frequency with which your animal is passing waste.

Weakness: If your pet isn’t showing its usual enthusiasm for food or it is showing intolerance for physical exercise, there’s a good chance the animal is seriously ill. Look out for the signs of physical weakness such as wobbly back legs, an inability to balance properly and general lethargy. They may also have difficulty climbing stairs.

Weight Loss.You will notice that your pet will begin to lose weight quickly. Diarrhoea and vomiting will cause the animal to lose condition and appetite will become severely reduced.

Addison’s disease is difficult to diagnose since its symptoms are similar to those of other diseases. Excessive drinking and urination could be symptoms of diabetes, while anorexia, vomiting and diarrhoea could indicate a gastrointestinal disease or parasitic infection. It is important to see a vet at the first sign of any abnormality to rule out any of these conditions. Furthermore, around 5% of pets may suffer other endocrine diseases at the same time as Addison’s, meaning they could have both Addison’s and hypothyroidism and/or diabetes.

Addison’s disease can be prevented by focusing on symptom relief. Treating fungal and/or bacterial infections, managing diabetes and identifying signs of cancer are the best way to prevent the disease.

Addison’s disease can affect humans too, although it is rare. Approximately 1-4 in 100,000 people are sufferers.

The disease is named after Dr. Thomas Addison, who discovered it in 1849.

Aldosterone is important in controlling blood pressure and the water/salt balance in the body. Cushing’s Disease Hyperadrenocorticism (more commonly known as Cushing’s disease) is a condition which causes excessive production of the hormone cortisol by the adrenal glands (situated in the belly, near the kidneys). The…Read more 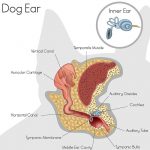