The top 10 benefits of having a cat

As cat owners, we know that we get as much– or more – from our fur babies than they get from us. Cats enrich our lives in so many ways. They give us comfort, companionship, joy and a sense of purpose. They improve our health and wellbeing, give us a reason to get out of bed each day, and even help us meet new people and connect with them.

Researchers have been investigating the benefits of having a pet for a while now, and their findings confirm it – spending time with animal companions is good for us, both mentally and physically. We’ve analysed some recent studies and found ten scientifically backed reasons why cat parents are better off than their pet-less counterparts.

Researchers report that companionship is the greatest reason people want a cat. And despite their reputation for being aloof and independent, studies have determined that around 65% of pet cats are securely attached to their owners.

A survey into the human-cat relationship found that affection and unconditional love are the primary benefits (for the humans; we’re not too sure about the cats!) These findings indicate that, although not a replacement for human contact, feline companions can be a very important source of pleasure and emotional comfort for their owners.

According to a survey in the USA, 80% of pet owners say their pet makes them feel less lonely, and it’s easy to see why. Your cat can be there for you even when people can’t, offering a constant presence and even someone to talk to.

Researchers have found that people form similar bonds or attachments to their pets as they do with other humans. In a survey of 800 cat owners, 59% said that they talked to their cat “as a child” at least sometimes and that 37% talked to it as a child all the time. Many cat parents view their cats as family members, allowing their feline fur babies on the furniture, talking to them, sharing food with them and even believing their cats understand their moods.

3. Cats teach you to love unconditionally

Sometimes cats act like they don’t care for us in the slightest, no matter how much attention and affection we give them. A study confirmed that domestic cats were only modestly sensitive to emotion, particularly when displayed by their owner. But even their blatant disregard doesn’t deter us from loving and caring for them; in fact, it may spur us on to try harder!

This is great news for cat owners! Researchers followed 4,435 people for 13 years. People who had owned cats in the past were less likely to die from a heart attack during that time than people who had never owned cats—even when accounting for other risk factors like blood pressure, cholesterol, smoking, and body mass index.

Another study argued that infants who grow up with furry pets, including cats, are less likely to develop allergies and obesity. Early exposure to cats is also associated with a lower risk of asthma in children, according to research published in The Journal of Allergy and Clinical Immunology.

Maybe it’s from the calming effects of stroking their soft, silky fur or listening to their contented purring. Whatever the underlying reasons, a survey conducted by the Cats Protection feline charity in the United Kingdom in 2011 found that people who spend time with cats or kittens report feeling calmer and less upset.

Of the cat owners who participated in this survey, 87 percent believed that sharing their lives with a cat improved their overall well-being, while 76 percent felt that their cats helped them cope with daily stress much better.

6. Cats are good for your mental health, and your children’s

In another win for cat parents, according to an Australian study, cat owners have better psychological health than people without pets. On questionnaires, they claim to feel more happy, more confident, and less nervous, and to sleep, focus, and face problems in their lives better.

Living with a cat is good for your kids, too. In a Scottish survey of more than 2,200 youngsters aged 11-15, those who had a strong bond with their cats had a higher quality of life. The greater their attachment, the fitter, more energetic, more attentive, less sad and less lonely they felt.

7. Cats give you a sense of purpose

Our cats give us a reason to get out of bed each morning. They are dependent on us for their food and shelter. Fitting our cats’ needs into our schedules forces us to allocate our time better and gives our lives a sense of purpose and meaning.

As one cat owner puts it, “My life is a lot better with pets, a few years ago (before I got my cats) I felt as though my life had no purpose and no reason. Now they are the reason I get up every morning and always give me something to look forward to, and something to work for.”

8. Cats can help you meet people and make friends

Pets are the perfect way to get to know strangers and form new friendships, particularly for those who walk their pets or take them out and about. If you’ve never considered walking your cat, see our article on this topic and learn how to get started.

Pets are also a common point of conversation with like-minded people, and a conversation starter when meeting new people. In one study, around a quarter of pet owners who got to know people in the neighbourhood through their pet considered one or more of the people they met to be friends. Another study concluded that people who have a strong attachment to a pet feel more connected in their human relationships and their communities.

Cats are instinctive predators, so it’s their genes, rather than nutritional needs, that compels them to stalk, hunt, and pounce on their prey—even if it’s a fluffy toy on the end of a string! While you should take every precaution to prevent your cat from hunting because of the impact on native fauna, a pest-free home is a fantastic bonus of having a cat. In fact, if rodents detect the scent of a hunter in the home, they’re far less likely to enter.

On the downside, if your cat does manage to catch an unwelcome visitor, it’s likely to leave the mutilated corpse lying around the house or yard as a very unwelcome gift to you!

10. Cats are undemanding (or at least, less demanding than dogs)

Cats’ greater independence and ease of care, compared to the dog, makes it the ideal pet for many. in Europe, cats have now overtaken dogs as the most common house pet.

Cats don’t require constant attention or energy, they don’t need a lot of space, don’t need to be taken on daily walks and are also generally more affordable than dogs. As a bonus, cats are essentially self-cleaning, only requiring an occasional brush and nail clipping.

Cats are perfectly content lounging, napping, and playing with their toys at home alone while you are away at work. In fact, they are not only safer but perfectly happy to spend all their time indoors, especially if they’re perched near a window or curled up in a sunny spot.

Why do I need pet insurance?

Dr. Katrina Warren - Why do I need pet insurance?

Dr. Katrina Warren stresses the importance of pet insurance as a pet owner, having financial support with unexpected bills.

Extras incl. hip replacement cover up to $7,600 per hip annually.

Streamlined claims process removes the hassle for you. 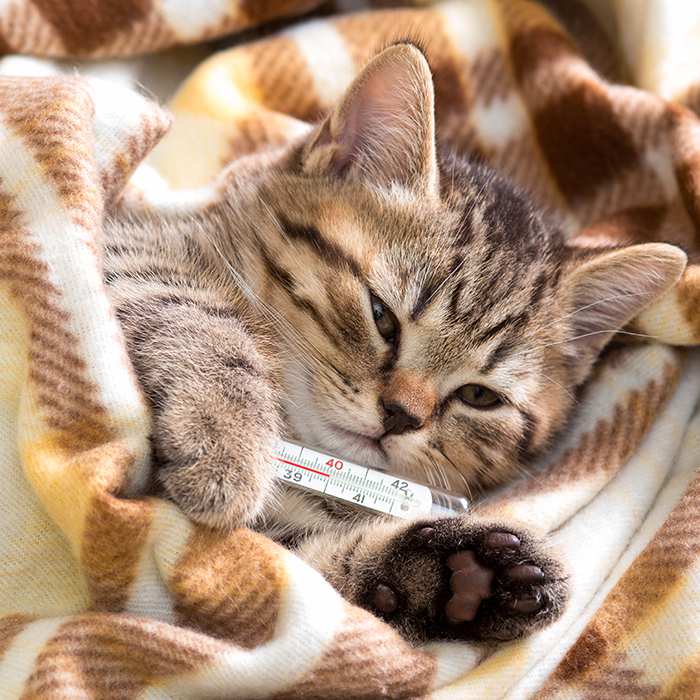 Nicky is our Marketing Communications and Content Specialist. She is an animal-lover who is particularly interested in animal behaviour and the relationships between humans and their pets. While growing up, dogs were always an integral part of the family. Nicky is mum to three human sons and a rescue pup called Dobby.

Top 10 Indoor Cat Breeds We already know what you’re thinking – can’t all cats live indoors? While all cat breeds will do fine indoors, there are a number of pedigree types that will do…Read more
The best outdoor runs and enclosures for cats Indoor cats enjoy the exposure to the outdoors in a safe and contained environment. Here are our recommendations for runs and enclosures - from DIY enclosures to fully enclosed backyards.Read more
Walking with cats: Tips for leash walking, hiking… Teaching your cat to walk on the leash is essential for outdoor adventures. Read our tips for successful leash walking, hiking and camping with cats.Read more