We already know what you’re thinking – can’t all cats live indoors? While all cat breeds will do fine indoors, there are a number of pedigree types that will do particularly well in an enclosed environment. Some breeds like the Devon Rex and the Scottish Fold are great companions for those who live in apartments or smaller dwellings; these cats have the energy level and the temperaments to suit.

This list looks at the best cats for indoor living. We’ve compiled the best-suited house cats, listed from 10 to 1 with a short description for each. Is your best friend featured?

Scottish Folds are a unique breed of cat whose ears and fold forward and down. The have a very nice, easy going temperament and a great personality. They are a medium sized cat with a rounded body.

Their folded ears, round face and eyes give the Scottish Fold an owl like appearance. When they are born their ears appear normal but as the kitten begins to grow their ears fold over. Not all Scottish Folds have ears that fold over.

The Scottish Fold is a relatively new breed of cat that was developed during the 1960s. It has been reported that the first Scottish Fold was a cat named Susie that came from a farm near Coupar Angus in the Tayside Area of Scotland.

The average lifespan of the Scottish fold is 12 to 14 years.

The Burmese is a strong, sporty cat that holds a surprising amount of weight considering its size. Burmese coats are short, silky, and very low-maintenance. Despite their relative heaviness, they are elegant and graceful cats with strong muscles and good bone structure.

They come in a variety of colours, including sable, champagne, platinum and blue. They have wide-set, large eyes ranging between yellow and amber.

The Burmese Cat originated in Burma (known today as Myanmar), though its exact origins are not known for sure.The modern cat was founded by Dr Joseph Thompson in 1939 who imported a small, brown female cat to San Francisco. This cat, named Wong Mau, was bred with a Seal Point Siamese and their offspring were the ancestors of the modern Burmese breed.

Burmese cats can weigh up to 5.5 kg and can live beyond the age of 15 years old

The Siamese Cat is one of the world’s oldest and most popular cat breeds.

The Siamese cat’s coat is quite unique, with a light-coloured body with a darker face, paws, ears and tail. Its fur is short, soft, and silky. The most common colours are seal, blue, chocolate and lilac, though some associations accept other colours, such as red, cream, fawn, caramel, apricot and cinnamon.

Siamese Cats are highly intelligent, talkative and sociable. They have a deep, loud voice and enjoy “chatting” with their owners. They are often described as being “dog-like” in their fondness for playing fetch and capacity for affection.

While great indoor cats, the Siamese is so playful and energetic they require a great deal of human interaction to remain happy. They may not suit the professional who plans to leave them home alone for extended periods of time as they are prone to mischief if left to their own devices.

The Himalayan cat is a medium-sized cat, very similar in appearance to the Persian cat and maintains many of its features, such as a round body and short legs.

Himalayans differ from Persians in their eye colour and coat variations – the Himalayan eye colour is blue and it has a white/cream coat with black, blue, lilac, chocolate, red, cream, tabby or tortoiseshell colourpoints, a result of crossing with the Siamese cat.

Himalayans usually weigh around 5 kg, but females may weigh less and males may weigh more. They generally stand between 25 and 30 cm tall and have a lifespan of 9 – 15 years.

The Devon Rex is a highly intelligent, unique-looking cat breed, known for its wavy coat and large ears. They have large eyes, prominent cheekbones and a short muzzle.

The Devon Rex first appeared in Devon in 1960, and was the result of a curly-coated stray tomcat mating with a straight-coated calico cat (though it is probable this cat carried the curly coat gene).

Their silky, wavy coat comes in a number of colour variations, including colourpoint, solid, shaded, tortoiseshell, calico, bi-colour, harlequin, smoke and tabby, though all colours are accepted. Their eyes come in all colours and variations as well.

The Devon Rex is a relatively small cat, with males weighing in at 3 – 4 kg while females weigh between 2 and 3 kg. Their lifespan is 9 – 13 years.

The Birman, also known as the “Sacred Cat of Burma”, is a unique-looking, medium-sized cat with a gentle expression and loveable temperament.

Birmans have a rectangular body, broad face and Roman-shaped nose. They have round, deep blue eyes. Their fur is relatively long and silky, and because they lack an undercoat their fur is much less prone to matting.

The Birman, also referred to as the “Sacred Cat of Burma” is one of the oldest cat breeds. Though its exact origins are not known, there are many legends surrounding this majestic cat.

The most famous legend speaks of a group of white, yellow-eyed cats living in a monastery in Burma as guardians of the Temple of Lao Tsun. The temple’s head priest Mun-Ha and his cat Sinh would pray in front of the temple’s blue-eyed goddess, Tsun-Kyan-Kse, every night, until one night Siamese invaders took over and Mun-Ha was killed.

The Persian Cat is a muscly, heavy-boned, medium- to large-sized cat with short, thick legs, big paws, large shoulders, a short neck, broad chest, and relatively short tail. They have large heads with animated, wide-set eyes and a short nose.

The Persian Cat is one of the oldest cat breeds in existence today. Their early history remains largely unknown, though most agree that the cat (or at least its ancestors) came from Persia (now Iran) and Turkey.

There are quite a number of sub-breed variations possible in the Persian Cat, including Traditional (which aims to replicate the appearance of the original Persian Cats), the “peke-face” Persian (named after the flat-faced Pekingese breed of dog), Himalayan (a colourpoint, longhaired varationresulting from a Siamese/Persian cross), Exotic Shorthair (which has been come to be known by many associations as a separate breed), toy/teacup Persians and the Chinchilla.

There are a number of theories about the history of the Russian Blue. One theory notes that the breed developed on the Archangel Isles in Northern Russia and it travelled with sailors to Europe in the 1800s. Others believe that the cats are descendants of the cats that were owned by the Russian Czars.

The average weight of a Russian Blue cat is 3.5 to 7kgs with male cats heavier than females.

The lifespan of the Russian Blue cat is about 15 to 18 years.

The British Shorthair is a medium/large-sized cat breed with a broad chest, short, muscular legs, round paws and a thick tail. Its head is round with large eyes and a short but broad nose.

The British Shorthair’s single coat is short and dense yet plush in texture. Blue tends to be the most popular and well-known coat colour, but British Shorthairs can also come in black, white, red, cream,silver, golden, tortoiseshell, cinnamon and fawn (and some associations accept chocolate and lilac); these colours may come in solid, colourpoint, tabby, shaded or bicolour. Their eyes can come in deep gold, orange or copper.

The British Shorthair originated in city streets around Britain in the 19th century. A man named Harrison Weir is credited with the creation of the breed we see today. He was very fond of the cat and selected the strongest ones he could find and began to breed them.

British Shorthairs tend to be rather large cats, usually weighing around 7 kg, though some can weigh as little as 4 kg and some as much as 9 kg. They stand between 30 and 35.5 cm tall. The lifespan of the British Shorthair is 14 to 20 years.

The Ragdoll is one of the world’s most popular breeds of cat, but it is also one of the relatively newer breeds.

Ragdolls are born completely white and their face, ears and tail darken as they age. There are four patterns available: bi-colour, van, mitted and colourpoint, and six colours: seal, blue, chocolate, lilac, red and cream. Their large, wide-set eyes are a striking blue colour. Their coat is quite long and silky, and lies smoothly on the body. They are one of the larger cat breeds, with a muscular body, well-developed cheeks and medium-sized ears.

The Ragdoll breed originated in the 1960s when a white Person/Angora-type cat named Josephine was hit by a car. She was taken to a vet in California where her owner claims she was subjected to government testing. These tests supposedly resulted in Josephine feeling no more pain and being relaxed when picked up. The next litter of kittens inherited the same relaxed temperament that Josephine had after her accident.

Ragdolls weigh between 4.5 and 9 kg and live up to around 15 years old. Bow Wow Meow is proud to be a Gold Sponsor of WIRES Wildlife Rescue Australia.

Claim paid in 24hrs! Amazing service!
Marc,Oct 19
Claims process is fantastic!
Monique,Sep 19
Using the portal was quick & easy.
TP,July 19
Peace of mind. Friendly Staff.
Marylin,May 19
Exceptional service & quick payment!
Simon,Oct 18
Has been a lifesaver!
Cat,Apr 18
Would not be without it.
Alex,Aug 18
Very surprised at how much we saved.
Fishman,May 18
One of the best insurers I have dealt with.
Jatzor,Jul 18
Fast, efficient claims process
Clare,Aug 18 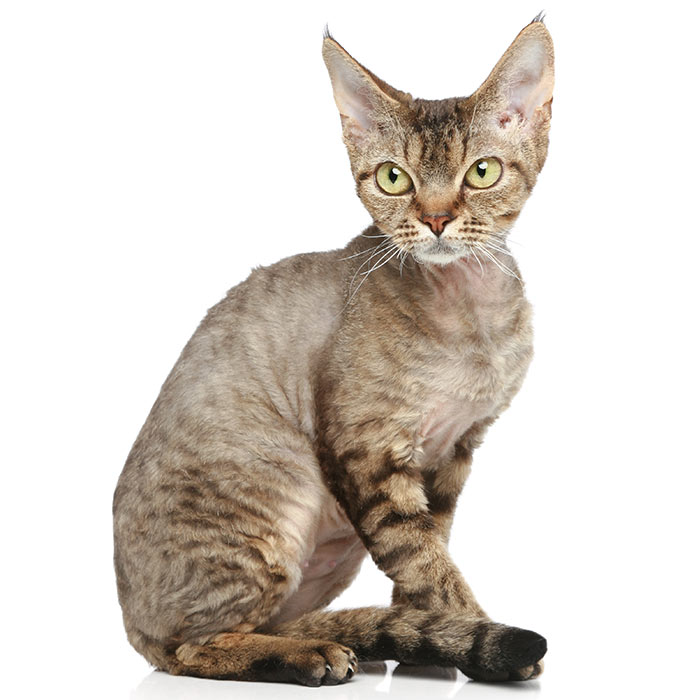 Love cats but have allergies? 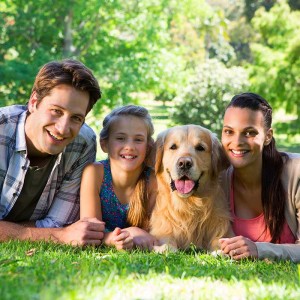 Top 10 Dog Breeds For Families We know we’ll never forget the dog we grew up with. Could you? The way they would never fail to greet us after school, follow us on grand adventures and…Read more How to Exercise Your Puppy Exercising your puppy is important and undoubtedly has many health benefits for both you and your puppy. What is less obvious to many new puppy parents is the amount of exercise and…Read more 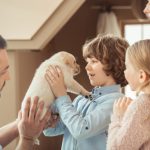