Have you always wanted a cat but can’t tolerate the allergies they cause? Constant sneezing, itching and watery eyes can make the craziest of cat lovers throw their arms up in despair. And you’re not alone – it’s estimated that about 10% of the population suffers some degree of an allergic reaction to cats.

Cats produce pet dander, the main culprit when it comes to allergies in us humans. The substance that may be responsible for many people’s allergic reactions is FelD1, a protein that is found in cat saliva. When a cat licks its fur, the saliva dries and flakes to create the dander to which people are allergic. Some breeds or individual cats may produce lower than average amounts of FelD1 than others.

Whether you or a family member suffers from cat-related allergies, all is not lost! We’ve put together a list of the breeds that may solve all your allergy problems. While there’s no such thing as a 100% hypoallergenic cat, there are a number of breeds that are far less likely to cause sneezing and other irritations, and we’ve put together the best ten from around the world. Is your next best friend featured in this list?

The Sphynx cat is known for its almond-shaped eyes, its long pointy ears, muscular body and hairless appearance. The breed was developed in the 1960s through a process of selective breeding with an aim to produce a completely hairless cat. Although the Sphynx isn’t completely hairless, it’s perhaps the best hypoallergenic cat breed for the simple reason it has so little hair.

Sphynxes are very sociable cats and have been compared to dogs for their friendly demeanour. The Sphynx is open to strangers, energetic, adventurous and extremely athletic.

Sphynx cats lack the coat for shedding or grooming but feel the cold more than other breeds. A healthy animal will weigh between 4 to 5 kg and will live to between 15 and 20 years.

Siberian Cats are large solid cats with a strong personality that is often described dog-like. They are affectionate and loyal and demand their owner’s attention – it’s not uncommon for this cat to follow their owners from room to room.

These cats have a lush triple coat that is made up of a soft undercoat and an outer-coat with shiny, waterproof hairs on top. They shed their heavy coat during seasonal changes and they can do with regular grooming to keep their coat from becoming matted. This striking coat does change over time and their colours tend to fade as the cat ages.

Despite its luxurious coat, and although it has not been proven scientifically, many believe that the Siberian is hypoallergenic. The reason for this is that many allergy sufferers have a sensitivity to FelD1, and some Siberians have a lower than average occurrence of FelD1 in their saliva.

The Russian Blue cat is ideal for families as they are tolerant of children, although they may select a favourite family member to hang out with. A clever breed that can be trained to fetch and play games, it is also happy in its own company and can entertain itself.

The Russian Blue has a striking bluish-grey coat that is quite unique.  Its fur is almost velvet-like and does not shed heavily. The eyes of the Russian Blue are deep bottle green in colour and distinctive to the breed. While other cats may have a similar appearance, if they don’t have the green eyes then they are not Russian Blues.

The Oriental Shorthair has very close genetic ties, as well as a very similar head and body type, to its cousin the Siamese. Its almond-shaped eyes, long pointy ears, triangular head and long slender body are all shared traits.

Oriental Shorthairs are very intelligent cats. They are playful and adventurous right through into adulthood and need a high level of social interaction. They prefer to live with the company of other cats, but human contact is also important.

The Oriental Shorthair weighs about 3 to 7kgs and a healthy animal will live to between 15 and 20 years.

The LaPerm is a playful and affectionate breed that was developed in the United States in the 1980’s for purposes of pest control.

The breed is known for its unique, springy, thick, curly coat that resembles a shaggy perm, for which it is named. This coat, unlike most other breeds’, is not silky or smooth, but provides resistance when moving your hand through it – similarly to mohair. The LaPerm’s coat is considered to be largely hypoallergenic.

The LaPerm does have a breed standard yet comes in many different colours and markings. The LaPerm should weigh between 4 to 7kgs and will live for between 13 to 15 years.

The Javanese is a highly intelligent, vocal and playful cat. They require a good deal of social interaction as they love to play and explore. Interestingly, it has no connection to Indonesia, but was developed in the United States in the 1940s and named the Javanese by Helen Smith in 1950.

With a long, silky coat that comes in a number of attractive colours, the Javanese is a particularly popular show cat as they often develop colourpoint markings. The breed is nothing like the domestic cats found in Java (known for their short hair), but are nevertheless largely hypoallergenic.

The Javanese weighs approximately 3 to 5.5kgs and lives to between the ages of 9 to 15 years of age.

The Devon Rex is a highly intelligent, unique-looking cat breed, known for its silky and wavy coat, large ears and eyes, prominent cheekbones and a short muzzle.

The breed first appeared in Devon in 1960, and was the product of a curly-coated stray tomcat and a straight-coated calico cat (though it is probable this cat carried the curly coat gene).

The coat comes in a number of colour variations, including colourpoint, solid, shaded, tortoiseshell, calico, bi-colour, harlequin, smoke and tabby, though all colours are acceptable. Their eyes come in all colours and variations as well.

The Devon Rex is a relatively small cat, with males weighing from 3 – 4 kg while females weigh between 2 and 3 kg. Their lifespan is 9 – 13 years.

The Cornish Rex, originating from Cornwall in England, is often referred to as the Greyhound of cats—being sleek and long in the body, full of energy, intelligent and possessing an adventurous spirit.

The Cornish Rex has a very short down coat which makes it an excellent hypoallergenic breed. This coat is very fine and is sometimes curly. It comes in a number of colours, including black, white, chocolate, blue, lilac, cream and orange. It can also come in a number of mixed patterns, including all forms of tabby patterns and colours, bicolour patterns, tortoiseshell and Siamese-style colour-point patterns.

The Bengal cat is not a lap cat, but it is affectionate and enjoys human company, especially that of children. They are very energetic and love to play games and hunt, a trait it has retained from its wild ancestors.

The Bengal is known for its soft, sleek coat which has two main fur patterns: spotted (which is most common) and marbled. Both patterns are often tri-coloured, giving each cat unique markings and patterns. This tri-colouring gives some Bengals spots which have a darker outline, often resembling the spots of a jaguar.

Male Bengals usually weigh between 4.5 and 7 kg while females weigh around 3.5 – 5.5 kg, however it is not uncommon for Bengals to be bigger or smaller.

The Balinese cat is a friendly, easy going cat. They really enjoy the company of people and don’t like to be left alone for long periods of time. They will often follow you from room to room, enjoying your company.

Balinese cats are very similar to the Siamese, but not as highly strung and definitely not as vocal. Their coat colouring is the same, including seal, blue, chocolate and lilac, although the Balinese’s hair is longer – reaching around 2 to 5 cm – and slightly softer. These cats also have striking blue eyes.

The Balinese weighs between 2.5 and 5 kg and has average lifespan of approximately 12 years. Thinking of getting a cat?

Why insuring your new kitten is a good idea 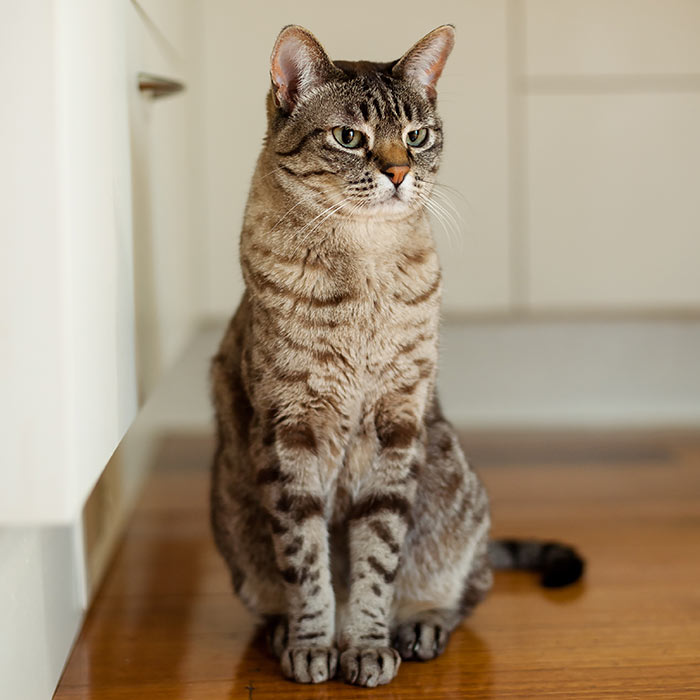 Want a cat that will happily stay indoors? Why desex your cat?

Why desexing your cat is beneficial for their health 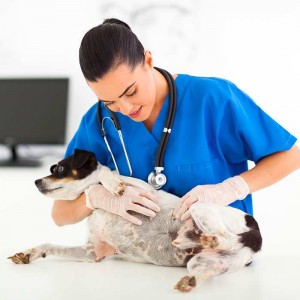 Has your pet got allergies too?

Different pet skin allergies and how to treat them

Allergies in cats - What you need to know Learn more about allergies in cats, symptoms, causes and treatment options.Read more
The best outdoor runs and enclosures for cats Indoor cats enjoy the exposure to the outdoors in a safe and contained environment. Here are our recommendations for runs and enclosures - from DIY enclosures to fully enclosed backyards.Read more
Emergency cat food: The human foods cats can eat There are many human foods cats can eat if you’ve run out of cat food. Read our list of safe cat food substitutes to give your cat or kitten.Read more