Desexing Cats & Kittens: Benefits and costs of neutering or spaying your cat

Desexing your cat or kitten is a routine and standard  operation in which the vet removes a cat’s reproductive organs in order to prevent breeding and to help ensure a more stress free co-habitation between humans and their cats. Learn about the benefits or cat desexing, when the best time is to desex your cat and the costs involved in spaying/neutering your cat.

Wondering why you should desex your cat or kitten?

There are many reasons why people choose to sterilise their cat or kitten. From a personal perspective, your cat’s  health is likely to benefit as a result of desexing. An added bonus is that it is generally easier to live with a desexed cat.

But one of the most persuasive arguments for desexing cats is from a societal/ animal welfare perspective. Two intact cats can produce a mind-blowing number of off-spring. In fact, has been estimated that over a seven year period, one pair of intact cats can be responsible for 420,000 kittens, if their kittens are also not desexed and go on to have their own kittens! This is possible because a female kitten can become pregnant from as young as four months of age, and her ability to breed does not diminish with age; in other words, she can reproduce for her entire life.

There are estimated to be 3.3 million pet cats in Australia (source: RSPCA) and sadly, every year thousands of cats are abandoned to animal shelters or simply left outside on the street to face an uncertain future. There just aren’t enough people in Australia willing to re-home all these unwanted cats and kittens, and a huge amount of pressure is placed on rescue organisations, which often have to resort to euthanising unwanted cats.

Desexing of cats is therefore an absolute necessity in order to help control the reproduction of cats, but also to reduce the overpopulation of unwanted kittens and their euthanasia. If you are considering adopting a cat, be aware that most rescue organisations will desex before adopting out a kitten or cat. More info on this topic can be found here.

Desexing benefits both humans and cats

If the reasons provided above are not enough to change your mind about spaying your cat, this one might – research has shown that desexed cats can live much longer, as removal of the reproductive organs reduces the risk of cats contracting diseases like testicular and ovarian cancer.

Desexing your cat also prevents some undesirable and annoying behaviours, for example, female cats howling for weeks when in season to call male cats for mating. Additionally, repeated heat cycles in female cats can be very stressful for them.

Male cats that have not been neutered are more prone to roaming and starting fights with other male cats.

Stray cats are cats that have been abandoned or become lost while out wandering. Stray cats often resort to feeding on Australian native wildlife. Some stray cats carry nasty diseases and bacteria which can be passed on to wildlife or humans.

Feral cats are cats that have never been domesticated and survive by killing and eating wildlife. Feeding feral and stray cats is not usually recommended. If you want to help them, it is recommended to contact your local animal shelter for advice on the best course of action.

For more information on stray and feral cats, see our article here.

One of the benefits of desexing a male cat is that is stops them roaming to find a mating partner. A desexed male is  less likely to go on unauthorised outdoor adventures, which also helps protect our wildlife.

When should you desex your cat?

There are varying opinions about when is the ideal time to desex cats. It is often recommended to spay female cats before they get into heat, in order to avoid the nightly cat howling to call potential partners for reproduction. In rare cases, this behaviour of night howling can become a permanent behaviour of your cat.

Generally, it is recommended to desex your cat just before its maturity, at around five months of age and before a female goes in heat for the first time. However, some cats go into heat before they are five months old, therefore some vets will recommend desexing at an even earlier age.

Cats can put on weight after desexing. This is because the cat is less active, and therefore it uses less energy. Food intake will need to be adjusted according to the cat’s energy use in order to prevent it from becoming overweight.

You have made the decision to desex your cat and booked an appointment with your local vet. Here some details you should know about the procedure.

Preparing your cat for the procedure

Prepare your cat or kitten by removing food and water the night before surgery or as advised by your vet. An empty stomach will ensure that your cat doesn’t vomit or choke whilst under general anaesthetic.

Keep your cat safe the night before the operation by not allowing it to go outside. You don’t want to have to cancel or delay surgery because of a last-minute injury.

Desexing in male cats is called castration. This is a surgical procedure in which the testicles are removed under general anaesthetic and under sterile conditions. Before the procedure, the area around the scrotum is shaved to remove the hair. A small incision is made by which to remove both testes. By removing the testicles, the cat will no longer produce sperm and male sex hormones will no longer be present.

Desexing in female cats is called spaying. The cat’s abdomen is shaved prior to the procedure. Under general anaesthetic and sterile conditions, an incision is made in the abdomen by which the ovaries and uterus are  removed. This prevents pregnancy and stops the cat from coming into heat.

Male cats are generally sent home on the day of the operation, while female cats are typically held over night for further observation.

When your cat gets desexed it is a good idea to get him or her vaccinated and micro-chipped whilst under anaesthetic.

Desexing female cats is a major surgical procedure, and because the abdomen is opened, there is a risk of haemorrhaging (internal bleeding). The castration of male cats is considered a low-risk operation.  Potential risks for both male and female cats include:

General anaesthetic can also cause side effects. Please speak to your local vet if you have any concerns.

Just like humans, each cat recovers differently after a general anaesthetic and experiences a different amount of post-surgical pain. However, male cats are usually up and running around from one to two days after desexing with very little pain, while females can take up to 3 or 4 days to recover with moderate pain.

Some vets will prescribe pain relief for your cat after desexing, if required. Ensure you administer the painkillers as per the vet’s instructions – they are important to keep your cat comfortable during recovery from the procedure.

Once your cat has woken up from surgery and you have taken him or her home, you may offer them some food and water. Don’t panic if your cat is not interested in either, but call your vet if you have any concerns.

Take your vet’s advice as to how much activity you should allow or if you should consider crating your cat for a period of time during the recovery period.

Keep your cat comfortable and warm and don’t allow them to wander outside, even if they are an outdoor cat, until they are fully recovered and the all clear has been given by your vet.

Check the surgical wounds daily to ensure there are no infections or discomfort for your cat.

The cost of de-sexing your cat

Your local vet can guide you on the cost of desexing your cat. This can range between $115 and $300 for both male and female cats (Source RSPCA NSW). Some vets will charge higher fees because they include blood work analysis before the procedure to make sure that your kitten or cat doesn’t have any liver or kidney issues and that the anaesthetic will not be problematic for them.

Some local councils offer a contribution towards cat desexing. Please contact your council to find out if there are any available contributions/rebates that you may be eligible for.

You can also apply to the National Desexing Network for a reduction in cost if you can’t afford to desex your cat.  More information can be found here, or contact your local Animal Welfare League.

There are several commons myths and misconceptions around cat desexing. These include that you should let a female cat have her first heat and/or that you should let her have one litter and desex her afterwards. Rest assured that these are untruths and that the advantages of desexing your cat far outweigh any benefits gained by unnecessarily delaying the procedure.

It is highly recommended to leave cat breeding to reputable breeders who understand the risks and will potentially keep any unwanted kittens.

Desexing your male or female cat or kitten is a surgical procedure to ensure your cat will not be able to reproduce. The surgery is conducted under full anaesthetic. While it is  a minor surgery for males, the surgery for females is more complex and their recovery can take a little longer.

Desexing your cat will help to control cat overpopulation, remove the stress and problems of unwanted litters and also have positive effects on your cat’s health. As your cat will stop coming in heat, desexing will also make living your cat a bit more relaxed and help avoid annoying behaviour like night howling.

Any advice provided is general only. Refer to the applicable Product Disclosure Statement for details of Bow Wow Meow Pet Insurance cover. 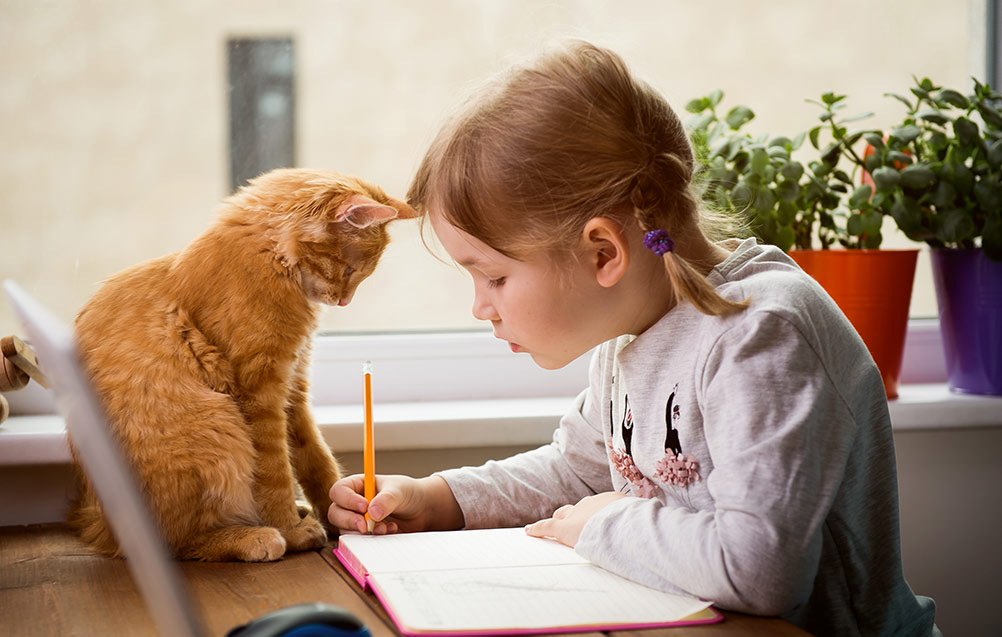 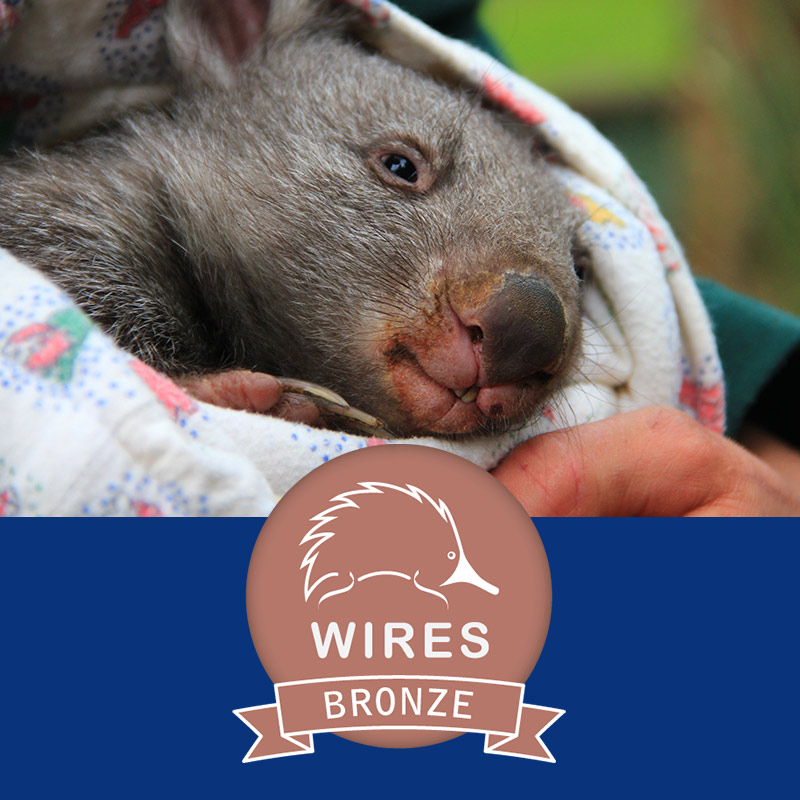 Bow Wow Meow is proud to be a Bronze Sponsor of WIRES Wildlife Rescue Australia. 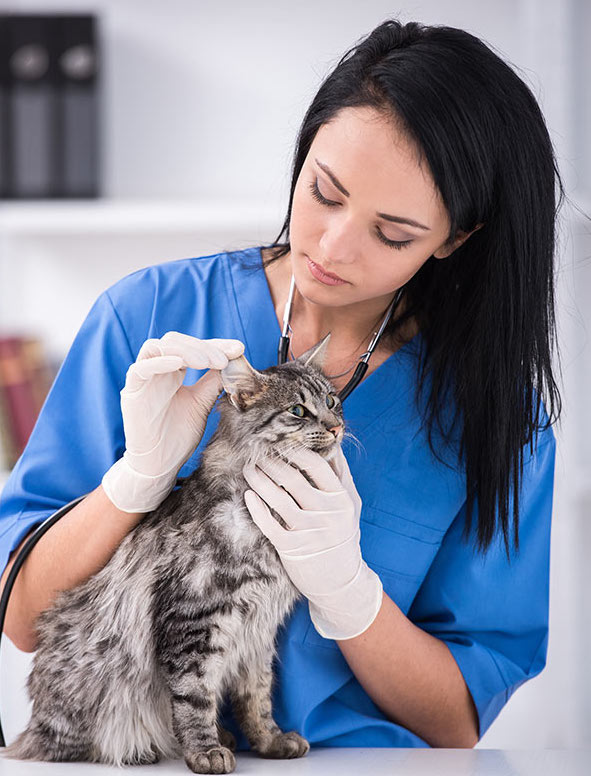 Everything you need to know about cat vaccines & how they work

Cat and Kitten Vaccination Schedule & Cat Vaccination Costs There are number of serious infections your cat or kitten can be affected by which are preventable by getting your cat vaccinated. If you don’t vaccinate, you cat’s wellbeing could…Read more
Winter pet care tips Whether you like it not, it’s that time of year again and if you’re already starting to feel the first chills of winter, then it’s likely your pet has too.Read more
Desexing Dogs & Puppies: Benefits and costs of… Are you interested in learning more about dog desexing, or deciding whether or not to desex your pet? The topic of dog desexing and when to do it is often…Read more