Desexing Dogs & Puppies: Benefits and costs of neutering or spaying your dog

Are you deciding whether or not to desex your pet or interested in learning more about dog desexing? The topic of dog desexing, and when to do it, is a much debated one, and new research regularly appears that supports one point of view or another. This article aims to give an overview of the benefits of desexing both male and female dogs, the ideal time to desex a dog, and how much the desexing procedure usually costs.

In Australia, the desexing of dogs plays an important role in the animal birth control strategy, and helps to keep the number of accidental litters and unwanted dogs low.

The vast majority of registered dogs in Australia is desexed – around 90%. However, it is thought that a large percentage of unregistered pets has not been desexed.

In North America desexing is also very common, while in Europe the number of desexed dogs is much lower in comparison.

Altough dog desexing is not mandatory in Australia, pet rescue organisations and shelters will generally desex animals before they go into new homes.

What does desexing mean?

There are many terms to describe the desexing process: sterilising, fixing, spaying, neutering, and castrating are some of the commoner ones. The outcome is always the same – the dog will no longer be sexually productive. This is a permanent procedure that cannot be reversed. Males will no longer be able to impregnate a female. Females will no longer come on heat and cannot become pregnant.

The procedure for desexing male dogs it is called neutering or castration. The testicles, which produce the dog’s sperm and are the primary source of the male sex hormone testosterone, are removed, It is a shorter and less complicated operation than female desexing. The procedure is done under anaesthetic.

The procedure for desexing female dogs is called spaying and it entails the removal of the dog’s uterus and ovaries. Although it is a standard procedure, it is a major surgery that is performed under full anaesthetic and requires hospitalisation.

The risks of desexing procedures

As dog desexing is a standard procedure, the risk of complications is low. However, complications can occur if the wound gets infected, and in very rare cases the opening of the abdomen during the spaying procedure can cause haemorrhaging.

Anaesthesia also has its own inherent risks.

The vet who performs the procedure on your dog will advise you of the recommended post surgery treatment. Generally the following is advised:

A check-up is recommended 7 to 10 days after the surgery, during which your vet may remove the stitches. Generally, the younger the dog, the more care is required during the recovery process.

The most obvious benefit of desexing dogs is to control the dog population and reduce unwanted pregnancies.

Desexing male dogs while they are young means that they often don’t learn the behaviours that are related to adult sexual behaviour such as being overly territorial and excessive urine marking.

It can also help reduce behaviours that are related to higher testosterone levels in the dog, such as territorial and roaming behaviour. Desexing male dogs is not always the solution for behavioural problems, but it can help reduce them.

Neutering a male dog can also reduce the risk of testicular cancer and prostate problems.

When to desex a dog

The right time to desex a dog has been much debated, and different organisations support different views. In the past, female dogs were usually desexed after they gave birth to their first litter, and never before 6 months of age.

Nowadays it is accepted that puppies can be spayed or neutered from 8 weeks of age. By 6 months, especially for smaller breeds, dogs can already be sexually mature and capable of reproducing.

Most rescue organisations support desexing dogs at a very early age in order to help avoid unplanned litters and more unwanted dogs ending up in shelters and pounds.

The Australian Veterinary Association (AVA) recommends that vets should desex dogs before puberty unless there is a valid reason to delay the procedure.

However, there are a few factors to consider when choosing the right time to desex your dog:

Speak to your vet about when is the best time to spay or neuter your puppy. Bear in mind that it is never too late to desex a dog. The risk of developing certain diseases can increase with age, so desexing can be even more important for older dogs.

How much does it cost to desex a dog?

The cost will vary depending on the area you live in as well as the age, gender and size of the dog. The following is just a rough price guide, and your vet can advise the actual costs.

A veterinary consultation will need to be done prior to the desexing surgery and consultation costs will be in addition to those outlined above.

You can search the National Desexing Network to find low cost desexing options in your local area and find out if you are eligible.

Any advice provided is general only. For more details of Bow Wow Meow Pet Insurance, refer to the Product Disclosure Statement. Bow Wow Meow is proud to be a Bronze Sponsor of WIRES Wildlife Rescue Australia.

Claim paid in 24hrs! Amazing service!
Marc, Oct 20
Claims process is fantastic!
Monique, Mar 21
Using the portal was quick & easy.
TP, July 20
Peace of mind. Friendly Staff.
Marylin, May 20
Exceptional service & quick payment!
Simon, Oct 19
Has been a lifesaver!
Cat, Apr 21
Would not be without it.
Alex, Feb 20
Very surprised at how much we saved.
Fishman, May 21
One of the best insurers I have dealt with.
Jatzor, Jul 20
Fast, efficient claims process
Clare, Aug 20
Bow Wow literally saved our dog's life
Amanda, July 21

Bow Wow Meow Pet Insurance has an overall rating of 4.2 stars on consumer ratings site, Product Review, based on 2,243 independent customer reviews. Our Ultimate Care plan and Peace of Mind plan each have a rating of 4.4, while our Accident Plus plan has a rating of 4.5 (as at 15/08/2021). Most common health problems for dogs

The most common conditions likely to affect your dog 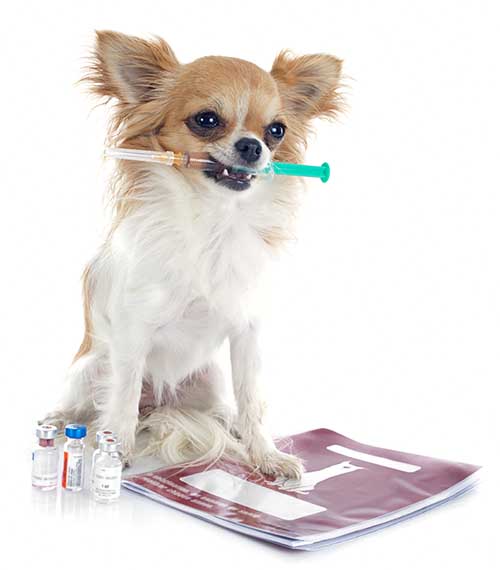 Want to keep your dog fit and healthy?

We’ve compiled a comprehensive range of resources and info on dog health, nutrition and grooming for you.

Understanding your dog’s behaviour Get tips and tricks on how to understand and respond to your dog's behaviour. Find out more at Bow Wow InsuranceRead more
Why Do Dogs Eat Grass? Ever wondered why your dog won’t touch vegetables but is more than happy to much on the lawn? Well most of us have wondered at some point or another but…Read more
Cleaning dogs’ ears You may have thought that it’s not all that important to keep a dog’s ears clean. In fact, many dogs will go their whole lives without getting their ears cleaned.Read more