Recommended for: Active families and outdoor enthusiasts (not recommended for warm temperatures)
Maintenance Level: High
Lifespan: 12-15 years
Temperament:
Affectionate, loyal, friendly, energetic
Health Risk:
This breed has an average probability of having health issues in its lifetime, hence it is one of the more affordable breeds to insure. 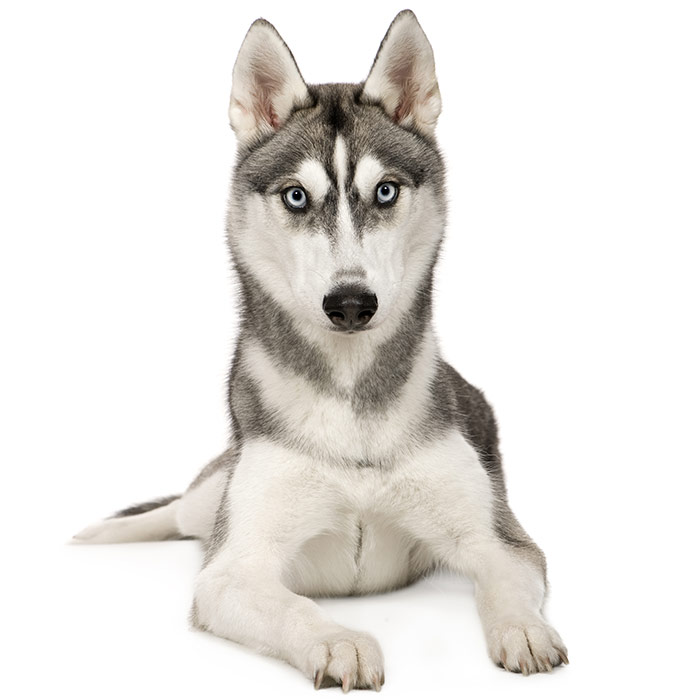 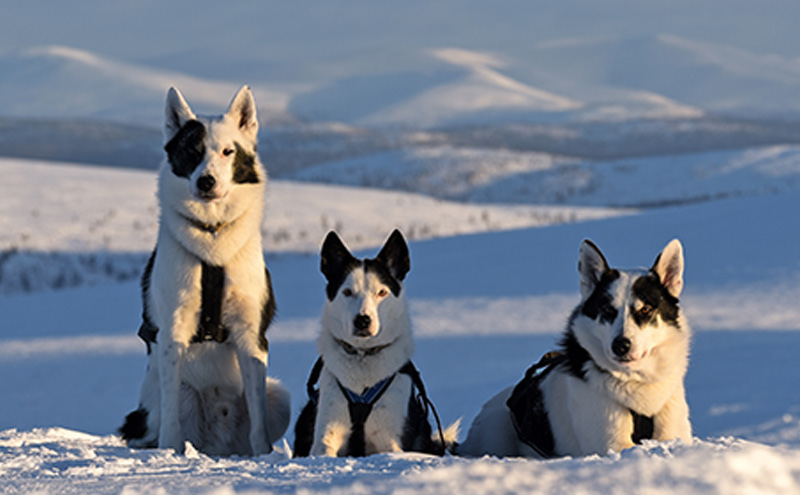 Originating from the crossbreeding of multiple other breeds, the Alaskan Husky is a type, rather than a breed, of dog, and is not recognised as a breed anywhere in the world. Technically, all breeds of highly efficient sled dogs are Alaskan Huskies. The original Alaskan Huskies were developed by mushers – people who ride in a sled behind a team of sled dogs – from the different lineages of native Inuit dogs. Nowadays, some of the main breeds used to develop Alaskan Huskies include the Eskimo dog, Siberian Husky, Greyhound and German Short-haired Pointer. They are bred for an entirely functional purpose – to create the best working dog for the extreme Arctic conditions – so the bloodlines are selected according to the specific tasks the dogs will be used for and the relative need for speed versus endurance.

With the wolf-like appearance of a typical sled dog, Alaskan Huskies resemble Siberian Huskies but tend to be larger and leaner. Most Alaskans have long, muscular legs, a deep, broad chest, erect ears and a bushy tail with a Spitz-like curl. Where Siberian Huskies and other Arctic breeds often have light coloured eyes, Alaskans’ eyes are usually dark. On average, males measure around 64 cm at the withers and weigh 18 to 27 kg, while females average 59 cm, and tend to be quite a bit lighter at 16 to 22 kg. Depending on their bloodlines, all these features can vary greatly between individual Alaskans, for example, one which has been developed for hauling heavy freight is likely to be more heavy-set and stockier in appearance than one developed for speed.

Alaskan Huskies typically have short to medium-length double-coats in a wide variety of colours, including grey, white, black and white, blonde, orange, brown, red and cream. Coat patterns also vary greatly, with some resembling Siberian Huskies in their markings, others being of solid colouration, and others having the irregular speckling of the German Shor-thaired Pointer. The coat is comprised of a downy undercoat and a more substantial topcoat to give them protection from the cold. While they shed lightly year-round, they have two major shedding periods each year. Bathing is seldom required as the coat is self-cleaning.

Suited for hands-on, energetic and experienced owners, the Alaskan Husky has high needs for exercise and food. Born to be a sled dog who runs regularly over long distances while pulling a load, he has an innate endurance and stamina for which he requires an outlet. He is an excellent companion for people with active lifestyles and a love of the outdoors, needing at a minimum a daily walk of more than 2 hours. He makes an excellent companion for distance runners, triathletes and cyclists, with whom he will keep pace for hours. Failure to meet his activity needs results in boredom and distress, which can lead to undesirable consequences such as destructive behaviour, weight gain and excessive vocalisation (in the form of howling rather than barking). Problems can also occur if he is left alone for long periods of time or where there is little time for interaction and mental stimulation. Given his extreme energy levels and almost constant need for exercise, he does not do well in an urban apartment environment; a spacious home with a large, securely fenced yard is ideal (like their Siberian Husky cousins, they can be excellent diggers and escape artists). Alaskans are voracious eaters, true to their heritage as pack dogs needing to ensure they eat enough to sustain them on a long voyage. However, in the context of a comfortable home, with calorie-rich food and possibly too little exercise, they can rapidly gain weight. The Alaskan Husky makes a loyal companion with his affectionate, friendly and calm nature. Playful and high-energy, he is a great companion for an active, outdoorsy family with older children who can help fulfil his immense needs for exercise and his sense of adventure (designed for pulling heavy sleds, he is very strong, so smaller kids should be kept off the end of the leash). With his gentle and unaggressive temperament, he can be trusted around people of all ages, although he tends to be an over-zealous cuddler and may jump up on people out of affection, so he should be supervised around the very young and the very old. Curious about strangers, he is more likely to sniff at unfamiliar people than bark at them, so he doesn’t make the most effective watchdog.

Although loyal to his owner, he is fiercely independent and an adventurer at heart, so he may not stick close if let off-leash. He loves car rides and changes in routine. He can be wilful and mischievous, and does best with a committed owner who has plenty of time to spend with him. He generally copes well with other pets when raised with them, but if he has strong hunting instincts, he may be more inclined to chase and hunt small, furry animals. Having been developed as a pack dog, he usually enjoys being with other dogs and does not tolerate isolation well. If he is expected to entertain himself, he is likely to howl, dig, chew and generally cause all sorts of trouble. Excessive vocalisation is a common behavioural complaint and he can be very ‘talkative’ even in his owner’s company.

The Alaskan is intelligent and is usually receptive to training that is firm, persistent and reward-based. However, he can be difficult to housebreak without a firm hand in charge. He his inherent stamina and independence can sometimes make training challenging, as he prefers to be on-the-move than sitting still and paying attention. He will respond best when he has a solid relationship with an owner who has established him- or herself as the pack leader. He enjoys brain games to keep his mind stimulated and loves playing with toys.

Alaskan Huskies are generally very healthy because of their genetically diverse lineage, although some of the more common illnesses seen in other Arctic breeds may occur. The first people and their domesticated dogs to settle in the Arctic region of North America were the Paleo-Eskimo people 4,500 years ago and later the Thule people 1,000 years ago, both migrating from Siberia. While the exact origin of the Alaskan Husky is vague, a study in 2015 using several genetic markers showed that the Alaskan Husky, the Siberian Husky and the Alaskan Malamute share a close genetic relationship and were related to Chukotka sled dogs from Siberia.

The Alaskan Husky, however, displays more evidence than its relatives of crossbreeding with other dogs that were later imported to the continent by European settlers. These Arctic working dogs were probably developed some hundreds of years ago by settlers of Canada and the northern United States to work as sled dogs. It is believed that the Alaskan Husky of today is a result of decades of crossbreeding with the Greyhound, German Short-haired Pointer and Saluki to increase their genetic diversity and improve their overall performance.

Therefore, the Alaskan Husky developed along distinct lines, with some bred for strength, but most for speed and endurance. Because of their lean physique, they required more care and attention than other Arctic breeds. However, their superior athleticism ensured that they remained the preferred working dog of the frontiersmen and mushers who relied on their dogs not only to earn a living, but for their survival. The mushers of today are generally competitive sledders, although the Alaskan Husky is still used to haul freight in some Northern communities.

As they are not a purebred dog, there is no breed standard for the Alaskan Husky, and they are not recognised by any of the kennel clubs because of the wide variation in their appearance and other characteristics. Nevertheless, the Alaskan quickly gained popularity in the racing dog community because of his terrific speed and today, most Huskies that are seen in sled dog races are Alaskan Huskies. Top-class racing dogs can be extremely valuable, and despite their growing popularity as pets, Alaskan Huskies remain very much in demand for their talents as working and competitive animals. 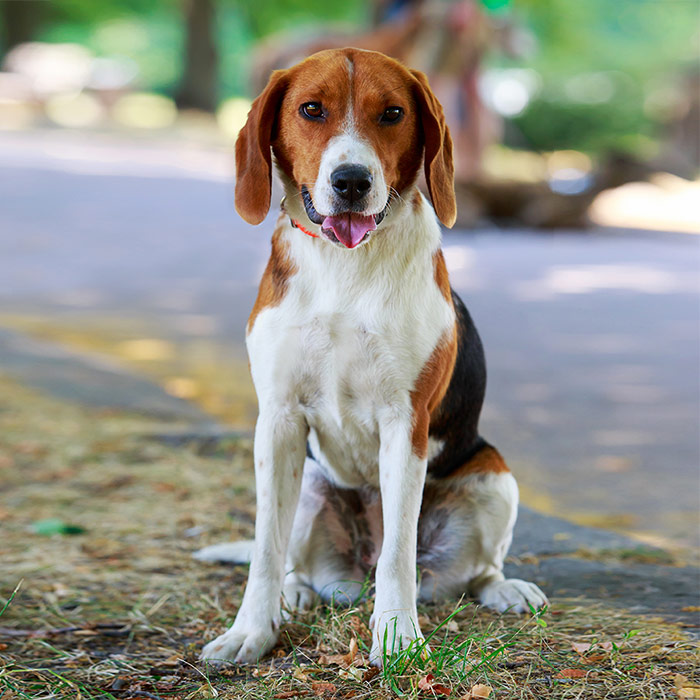 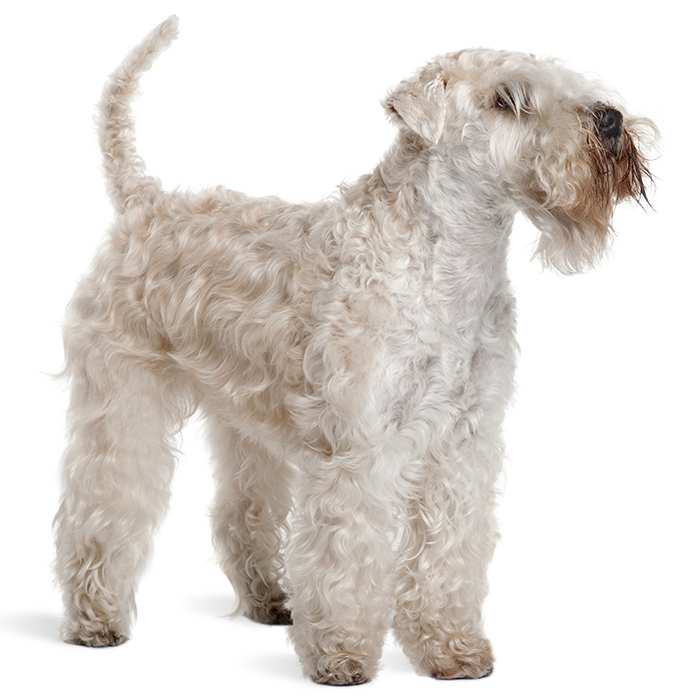