Epilepsy in dogs and cats

Epilepsy is a general term for neurological disorders that bring on sudden and repeated seizures.  A seizure, also known as a ‘fit’, is a temporary and involuntary disturbance of normal brain function that is usually accompanied by uncontrollable muscle activity. In simple terms, a seizure is an abnormal, uncontrolled burst of electrical activity in the brain.

Epilepsy is characterised by a pattern of repeated seizures over time. These are usually irregular episodes that start and finish very suddenly, that appear very similar each time and have a repetitive clinical pattern.

Epilepsy is more common in dogs than in cats. In both animals, seizures often occur during rest or sleep, either at night or early morning. Most seizures last between 5 and 60 seconds but some may be as long as several minutes. They can occur with or without a loss of consciousness. Typically, the animal will stiffen and fall on its side, where it will salivate, chew at its mouth, paddle its limbs, release its bladder or bowels and/or cry out. After a seizure, the animal may appear confused and disoriented, and recovery can take from a few minutes to up to 24 hours.

There are several types of epileptic seizures:

Symptoms of epilepsy in dogs and cats

Symptoms can vary depending on the underlying cause and the severity of the seizures. Non-specific signs may include anorexia, lethargy or unusual behaviour. Some animals may appear dazed and disorientated before a seizure, or exhibit subtle signs such as crying, clinginess, wild changes in behaviour, pacing and attention seeking.

During the seizure itself, some of the typical symptoms include:

Causes of epilepsy in dogs and cats

A ‘reactive seizure’ usually occurs in response to a temporary disturbance in brain function, which may be caused by metabolic changes or poisoning and is reversible if the cause can be treated or eliminated.

In cases of structural epilepsy, an underlying cause can be found in the animal’s brain. These may include problems with blood supply in the brain, such as obstructions, as well as bleeding, inflammation, infection, trauma, developmental problems, brain tumours and degenerative brain diseases. Metabolic disorders affecting the brain can also lead to structural changes in the brain and lead to seizures.

In many cases there is no identifiable underlying cause for the seizures and the condition is classified as idiopathic epilepsy. In some dog breeds there is a clear genetic and familial predisposition, with the condition manifesting in certain family lines. Idiopathic epilepsy usually affects young to middle age dogs (6 months to 6 years old) and it appears more prevalent in male dogs. Without treatment, seizures will become more severe and frequent.

Cat and dog seizures have many other possible causal and contributing factors, including:

How is epilepsy in dogs and cats diagnosed?

The vet may suspect epilepsy if the animal experiences at least two unprovoked seizures more than 24 hours apart. Bearing in mind that in most cases the animal has recovered by the time she reaches the examination table, the vet will require a history of the onset of symptoms, number and duration of seizures, and other relevant information such as medications or poisons the animal may have ingested. A complete physical and neurological examination will be performed.

Two important factors in the diagnosis of epilepsy are the age at onset and the type and frequency of the seizures. If the animal has more than two seizures within the first week of onset, the veterinarian will probably rule out idiopathic epilepsy. Additionally, known causes of seizures, such as certain diseases, must be eliminated.

The diagnosis should be based on the medical history, neurological examination and laboratory tests (blood and/or urine). Further testing, such as imaging the brain using MRI and analysing the cerebrospinal fluid, may be recommended to detect structural abnormalities that could be causing the seizures.

Although there is no specific test to make a definite diagnosis, the following tests may be used to gain a greater understanding:

Epilepsy is typically a chronic disease requiring life-long treatment and care. Although early treatment and proper care are vital to for the animal’s general health and wellness, treatment will not necessarily eliminate seizures entirely.

The more seizures an animal experiences, the greater the likelihood of damage to the neurons in the brain and the more likely she is to have subsequent seizures. Younger dogs are more at risk for severe forms of certain types of epilepsy, including primary and idiopathic epilepsy, and they also tend to suffer more severely.

Treatment for epilepsy in dogs and cats

In most cases, epilepsy in dogs and cats cannot be cured. The ultimate goal of treatment is to maintain a seizure-free status without causing intolerable side effects. This balance is achieved in 15-30% of dogs.

The aim of AED treatment is to improve the quality of life by minimising the frequency and severity of attacks.  Additionally, the prescribed medications should not cause serious side effects.  Common side effects include tiredness, unsteadiness, increased appetite and thirst, drooling, vomiting, diarrhoea, weakness of the back legs, weight gain, excitability, restlessness and other behavioural changes.

AED treatment is generally considered to be successful if the frequency of seizures is reduced by at least half. Treatment may continue indefinitely, in most cases for the rest of the animal’s life, with periodic health checks and blood tests to ensure correct drug dosage, treatment efficacy and minimal side effects.

Most of the treatment for animals with epilepsy is outpatient; however, in some cases certain medical procedures may be required, including surgery to remove tumours that may contribute to seizures. Seizures that are caused by lead poisoning, low blood sugar or certain infections, for example, can be stopped by treating the underlying cause.

In cases where the underlying cause cannot be treated, treatment is more about managing the severity and frequency of seizures (for example, a head trauma which caused brain damage or an inoperable tumour), anti-convulsant medications may be helpful.

What to do in event of a seizure:

Seizures occur when abnormal electrical activity in the brain cause neurons in the brain to “misfire”. An epileptic seizure is characterised by the loss of voluntary control, often exhibited by convulsions (jerking or shaking movements and muscle twitching). Some seizures only effect a small part of the body, for example the face, while others can affect the entire body.

Epilepsy may have no known cause, can have a genetic basis or it can result from an injury to the brain or chemical imbalance. There are no specific diagnostic tests for epilepsy, but structural abnormalities in the brain can be confirmed by either MRI and/or cerebrospinal fluid analysis. If the dog or cat has repeated seizures over time, the diagnosis is likely to be epilepsy.

Treatment is mainly by means of drug therapy. In many cases, these drugs cannot completely eliminate the seizures without causing intolerable side effects. Therefore some animals will continue to experience seizures, although at a reduced rate, for the remainder of their lives.

A pet insurance policy with Bow Wow Meow will help ensure you can always afford to give your pet the best treatment for epilepsy control and management, along with many other health conditions. 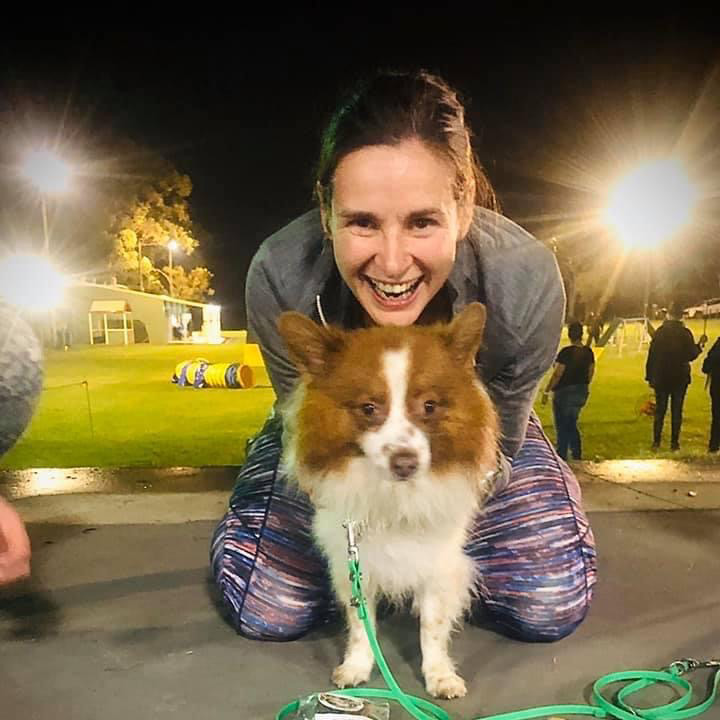 Roundworms in dogs and cats Roundworms, also commonly referred to as ‘worms’ are an extremely common parasitic worm found in both cats and dogs.Read more
Tapeworm in dogs and cats A tapeworm is a parasite; a long worm that attaches itself to your dog or cat’s intestines using a system of suckers or muscular grooves.Read more
Cataracts in dogs and cats A cataract is an opacity of the lens that prevents light from reaching the retina. They can develop in one or both eyes, leading to vision impairment and/or blindness.Read more

To ensure your fur baby is covered from the start, we'd like to offer you 2 months free in your first year. To get this offer, just enter promo code BWMP2 when you get a quote2.
Get a quick quote