Also known as the Australian Pig Dog or Aussie Pig Dog, the Bull Arab is a medium-to-large dog of Australian origin that was specifically bred to create the ultimate dog to track, chase and kill wild boars. Bull Arabs were originally created by crossing Bull Terrier, Greyhound and German Shorthaired Pointer, while later lines have been further enhanced by the inclusion Bloodhound and Mastiff.

The Bull Arab is a tough, active dog with an excellent balance of power, speed and endurance. An exceptional hunting dog, it is mainly found in Australia where it is still frequently used as a working dog to hunt wild pigs and other feral animals. Its excellent tracking abilities have also been utilised for Search and Rescue missions.

Bull Arabs are loyal and even-tempered, making them excellent guard dogs and companions. They are friendly towards familiar adults and children and can be valuable members of the family. However, as working dogs, they are designed for an active lifestyle and require plenty of exercise to avoid potential behaviour problems, which entails a long daily walk to keep them happy and well-behaved.

As dominant and potentially aggressive hunters, Bull Arabs are best suited to an assertive and experienced owner. They require plenty of early socialisation and obedience training from a skilled trainer with a strong leadership role. Even so, they will need to be carefully supervised around other animals and strangers.

The breed is characterised by its size, strength, stamina, athleticism and agility. The weight of an adult Bull Arab is around 32 to 42 kg. Their bodies are tall, sturdy and muscular with the adult male typically 63 to 69 cm tall and the female slightly smaller, from 61 to 66 cm in height. The head and muzzle are strong and powerful. They have strong hind legs designed for long bursts of fast running, as well as digging in when they get a hold of their prey.

Most Bull Arabs’ coats are predominantly white or cream with darker patches, but they may also be liver, black, red, buckskin, blue, silver, tan and brindle. Liver-coloured Bull Arabs are highly desirable; these almost always have a liver or red nose. Their eye colour depends on their coat colour. Some lines have docked tails; if not, the tail is long, tapering to a fine point.

Their short, soft and smooth double-coats are low-maintenance, well-suited to the high temperatures of the Australian outback, and resistant to many of the bugs and parasites that are found there. They are average shedders, requiring weekly brushing with a firm bristle brush, and bathing is only required when necessary, making them low maintenance in the grooming department. The Bull Arab is very active and energetic breed, and daily outdoor exercise is essential. When kept indoors or confined to an average-size yard, these dogs tend to be somewhat laid-back and inactive, which can lead to an accumulation of pent-up energy. This may manifest in destructive behaviours such as chewing, whining, excessive barking and even destruction of property.

The breed is head-strong, bold and overly confident, so training is essential to keep them out of trouble and owners will need to expend time and resources to maintain and monitor its behaviour. They are high-energy working dogs that require a lot of specific training to curb their extremely strong hunting instincts.

The breed needs to learn critical socialisation skills from its siblings and the mother for the first eight weeks after birth. Thereafter, continued and targeted socialisation and obedience training from an early age are vital to keep their potential aggression in check. Bull Arabs have a strong instinct to hunt and without early training they will pose a danger to other animals including neighbourhood pets and strangers.

Because of their strong hunting instincts, Bull Arabs tend to chase both smaller and larger animals and livestock and can attack and even kill sheep or other medium-sized animals. They also tend to dominate other dogs. Additionally, several attacks on people in several states of Australia have been allegedly attributed to the breed. Therefore, when around strangers, both of the human kind and other animals, a Bull Arab should always be strictly supervised, and it is recommended to always leash or properly secure the breed when outdoors. It is easier to manage a Bull Arab when there are no other pets in the home and no wild animals in the vicinity.

The Bull Arab requires a firm hand to control; owners and trainers should not allow the dog to dominate them. Experience, confidence and patience are also essential qualities when training and managing the breed. The trainer needs to be firm, serious and unintimidated by the dog to gain trust, respect and obedience from the Bull Arab. They may not be suitable pets for first-time dog owners; however, in the hands of expert dog trainers, they can be top-notch search-and-rescue dogs.

If well trained and socialised, Bull Arabs can make excellent family pets, being very kind, loyal and obedient companions, energetic playmates and superb watch dogs. Despite their drive to hunt, they are remarkably even-tempered and calm (when not on the trail of wild boars or wandering sheep) and they can be trained to remain relatively restrained around other animals.

They are a versatile breed, making great companions, excellent watch dogs and have enduring stamina and desire to play. They also like to perform tasks independently, have a busy character and, on the negative side, can be bad-tempered, dominant, stubborn, and overly confident. However, unlike many other breeds of hunting dog, they are generally regarded as a suitable breed for families and are known to be playful and affectionate around children.

The Bull Arab is regarded as a healthy breed, and generally requires only routine vaccinations and check-ups to maintain optimal health. Having originated from a combination of three or more dog breeds, the Bull Arab has a large gene pool; therefore, the breed typically experiences very few genetic conditions. However, Bull Arabs may suffer from a few health problems, such as: 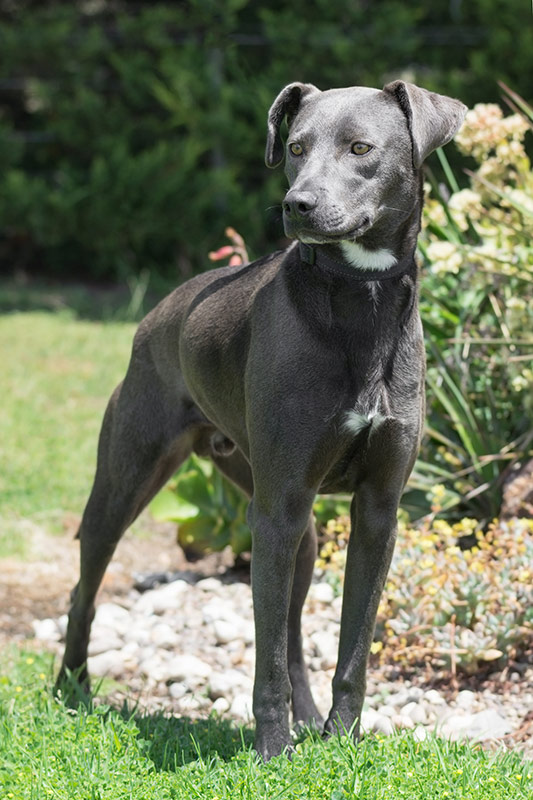 The Bull Arab originated in Australia in the 1970’s, where it is predominantly a working dog that is used to hunt feral pigs in rural areas. Although a recent breed with a short history, there is never-the-less some debate about its origins.

One of the more plausible and well accepted theories is that the Bull Arab was developed by a breeder named Mike Hodgens, who was apparently experimenting with finding a better pig and herding dog. Hodgens was looking for a large dog that had strength, speed, agility, good tracking skills, and could be relied upon during hunts.

It is generally accepted that the Bull Arab is 50% Bull Terrier, selected for its tenacity and bite strength, 25% Greyhound for speed, sight and athleticism, and 25% German Shorthaired Pointer (or possibly English Pointer) for its scenting ability, intelligence and silence whilst hunting. Interestingly, the “Arab” part of the breed’s name came about from the belief by some that instead of Greyhound, the Saluki – one of the oldest domesticated dog breeds and the royal dog of Ancient Egypt – was used.

Hodgens has not confirmed how the breed was produced; he stopped breeding it in the early 1980’s. Thereafter, other breeders stepped in and continued to enhance the breed, making it the top-rated pig-hunting dog in Australia. For example, Queensland breeder Peter Paulsen added 12.5% Bloodhound to sharpen the dog’s scent ability as well as increase its stamina and harden its foot pads; this strain is often called the “Paulsen Bull Arab”.

The main variations of the Bull Arab now include:

As a result of the crossbreeding of multiple breeds, individual Bull Arab dogs today may have varying dominant characteristics. For instance, one dog might have predominantly inherited the speed and sight of a Greyhound while another might have the power of the Bull Terrier.

Although the Bull Arab is widely considered to be one of the best hunting breeds in Australia, the breed is not at this time recognised with the Australian National Kennel Council and most global dog associations have yet to recognise the breed officially other than the Dog Registry of America (DRA). 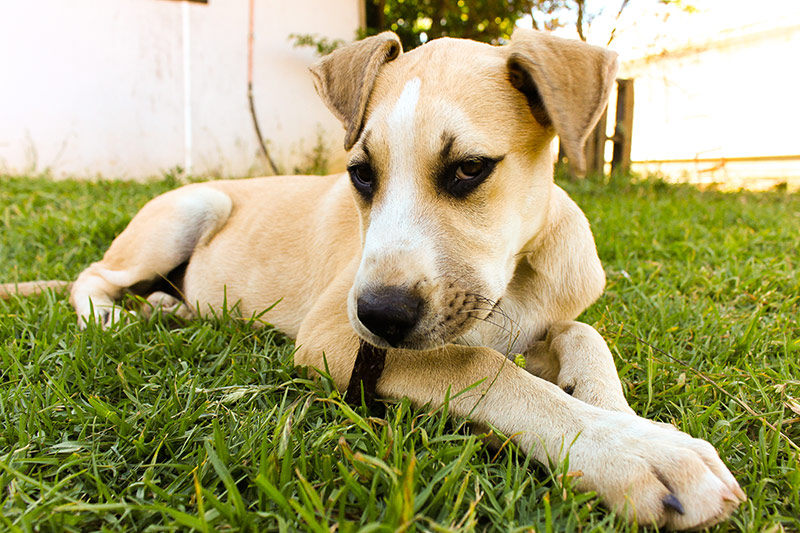 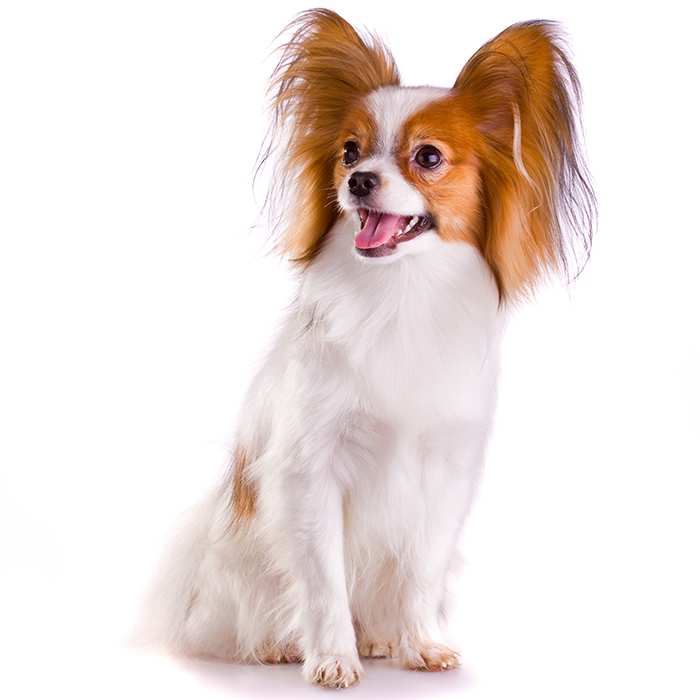 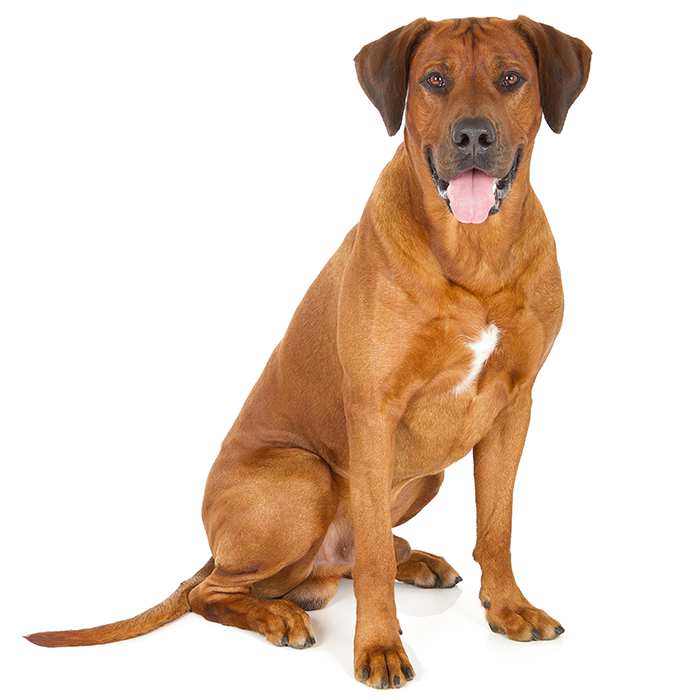 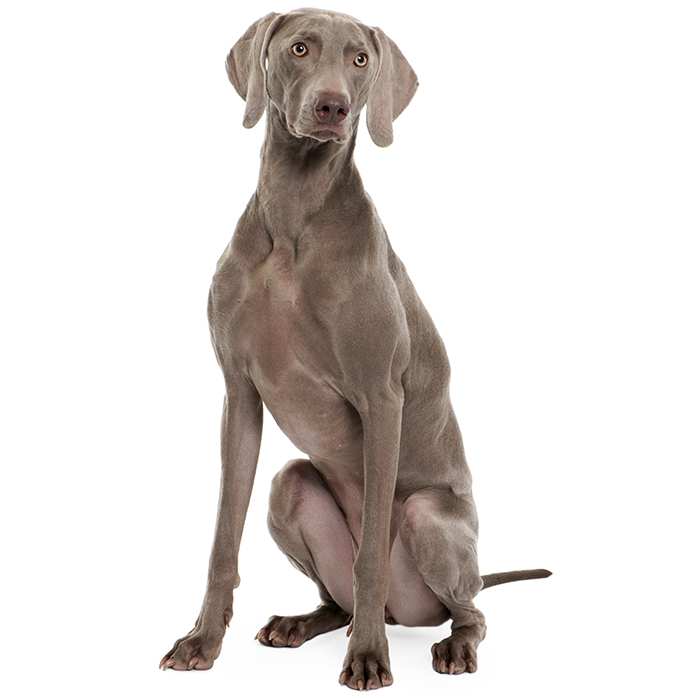