What is lymphadenopathy in cats?

Lymphadenopathy is a broad term used to describe enlarged or swollen lymph nodes. The lymph nodes are part of the lymphatic system, a network of tissues and organs that help rid the body of toxins, waste and other unwanted materials. The primary function of the lymphatic system is to transport lymph, a fluid containing infection-fighting white blood cells, throughout the body.

The lymph nodes are small, bean-shaped soft nodules of tissue which play an essential role in the functioning of the immune system, acting as filters for the blood and as storage places for white blood cells. Lymphatic ducts are a series of tube-like structures which pick up excess fluid leaked from the blood capillaries, filter out any toxins and return healthy blood back to the bloodstream.

When an infection occurs in the body, the regional lymph nodes close to the site of the infection become inflamed and swollen. This swelling occurs because of an immune system response; an increase of white blood cells (lymphocytes) occurs in the presence of an infectious agent. Lymph fluid passes through the lymph nodes, where infectious materials such as bacteria, viruses, fungi and cancer cells are trapped and destroyed by lymphocytes. The processes of destroying infectious materials cause the lymph node to become inflamed, therefore, the lymph nodes are often the first indicators of disease in the adjacent tissues.

There are three main types of swollen lymph nodes:

This is the normal response of the lymph nodes when reacting to an antigenic stimulus (a substance that stimulates production of an antibody, such as a virus or toxin). The lymph nodes produce an excess of white blood cells and are therefore enlarged but are not themselves infected.

This is an inflammation and infection of the lymph nodes, usually in response to an infection that started elsewhere in the body. It is a common complication of many infections.

Symptoms of lymphadenopathy in cats

Swollen lymph nodes are the main symptom, detectable as a lump under the skin. Lymphadenopathy caused by infections are usually painful to the touch and are accompanied by symptoms associated with the illness. However, lymphadenopathy caused by non-infectious conditions, such as cancer, will cause the lymph node to swell but often no pain or accompanying will symptoms will be present.

Generalised symptoms of lymphadenopathy in cats caused by infections include:

Other symptoms associated with lymphadenopathy can be are specific to the infection or underlying cause, for example:

Causes of lymphadenopathy in cats

Lymphadenopathy in cats can be caused by numerous infectious and non-infectious agents.

An allergen is a non-infectious agent or substance that causes an allergic reaction in the body. Lymph nodes respond to allergens in the body by producing excess white blood cells, usually in the nodes near the site of the reaction, causing these to swell.

The following substances can cause allergic reactions in cats:

There are also many infectious causes of enlarged lymph nodes in cats. Some of these are:

How is lymphadenopathy in cats diagnosed?

It is important to see a veterinarian to determine the cause of swollen lymph nodes. The age of the cat can narrow down probable cause; infections are more common in young cats and cancer more probable in old cats.

The vet will perform a complete physical examination and evaluate the swollen gland(s). The number of affected glands, size and location can indicate the underlying cause. If the lymph node is close to the skin’s surface, the vet may be able to feel the localised enlargement.  A medical history will be necessary, including a description of any other symptoms or recent infections, which may indicate if any organs are causing secondary enlargement of the regional lymph nodes.

Diagnosis will usually require tests to evaluate organ function and look for signs of infection or inflammation, which may include:

If lymph nodes remain swollen and infection and allergy have been ruled out as the cause, your vet will conduct further diagnostic tests to look for cancer.

Treatment for lymphadenopathy in cats

The prescribed treatment options for lymphadenopathy in cats depend largely on the underlying cause of the lymph node enlargement.

Infections are generally treated with oral or intravenous medications to eradicate the infectious agent:

Treatment for lymphadenopathy caused by cancer usually entails a combination of the following:

Lymphadenopathy is a broad term for the condition of enlarged lymph nodes that commonly occurs when there is infection or disease in the body’s tissues. Swelling ensues from the increased number of white blood cells in the lymph nodes as an immune-system response to an infection. Lymph nodes may also enlarge in response to allergens or, in worst case scenario, as a sign of a primary (lymphoma) or secondary cancer (metastasis) from elsewhere in the body.

The principal symptom of lymphadenopathy is a swollen lump under the skin that is usually painful to the touch and that may be accompanied by symptoms associated with the underlying infection or illness. The goal of diagnosis is to identify the underlying cause, and treatment usually entails medication aimed at eradicating this. In most cases, enlarged lymph nodes in cats is not a serious condition and most animals make a full recovery. 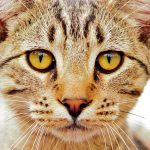 Eye (ocular) anomaly in dogs and cats In medical terminology, an anomaly is an abnormality that is present at birth. An eye or ocular anomaly is a defect affecting the structure of the eye that is evident at birth, or…Read more 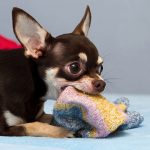 Alimentary foreign body in dogs and cats The alimentary canal, also known as the digestive or gastrointestinal tract, is the long tube of the digestive system that extends from the mouth to the anus, through which food…Read more 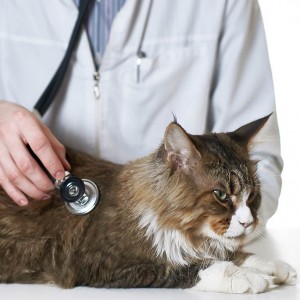 Cardiac disease in cats The heart and blood vessels (arteries and veins) are part of the cardiovascular system.Read more