Recommended for: Singles, small families
Maintenance Level: Medium
Lifespan: 9-12 years
Temperament:
Loyal, protective
Health Risk:
This breed has a higher than average probability of developing health issues during its lifetime, hence the cost to insure is above average. 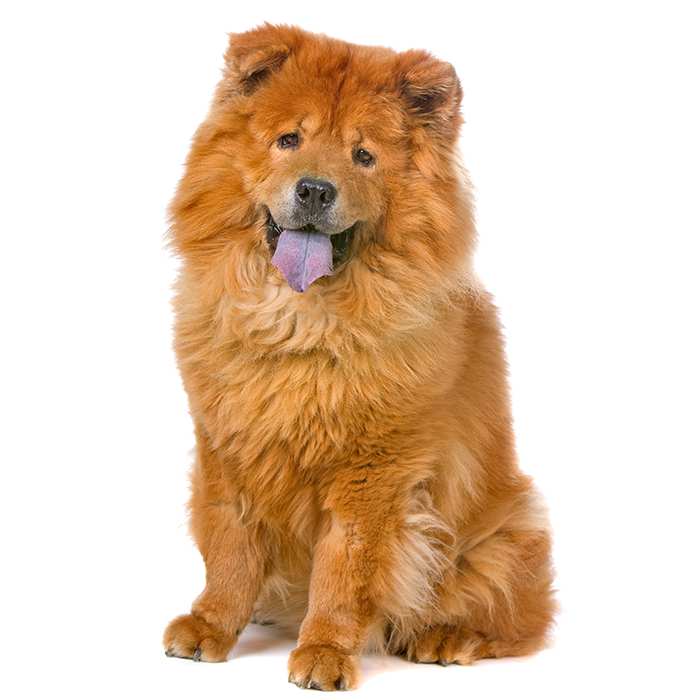 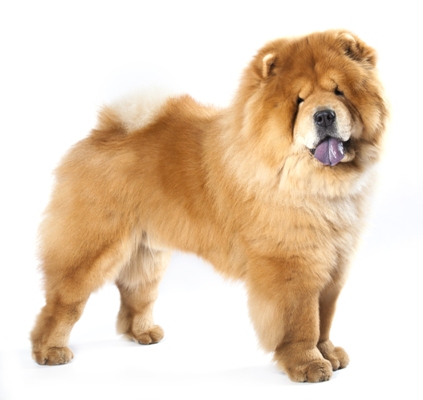 The Chow Chow is a medium-sized, sturdy dog with small pointed ears and a very thick coat of long fur. Believed to have originated from Mongolia or Siberia, the Chow Chow is reckoned to be the domesticated breed with the closest DNA link to wolves.

The ancient Chinese bred the Chow Chow as a multi-purpose work dog to fulfil the roles of hunting, herding, companion and war dog. Chow Chows were also used to pull sleds and even bred and farmed for human consumption. It was thought that a Chinese emperor once owned over 5,000 Chow Chows for the purposes of war.

Although originally bred as working dogs, Chow Chows are not especially aggressive or energetic. They are quite happy to be kept to smaller dwellings such as apartments or townhouses but require a walk at least daily.

The breed are quite good with children and are very loyal to their owners, but have developed a reputation for being over protective of territory, possessions and specific family members. Personality will vary between individual animals, but many Chow Chows show suspicion and sometimes aggression towards strangers.

Chow Chows come in a variety of colours, including black, blue, red faun and white coats. They have a distinctive curly tail that stands up and aligns with their backs. Another characteristic hallmark of the breed is the blue coloured lips and black tongue.

Chow Chows are very popular show dogs and the American Kennel Club registers some 10,000 examples each year. Many have compared the temperament of the Chow Chow to cats. They are very independent dogs, don’t need a lot of human contact, and are quite happy to lounge around in a small and comfortable space.

A Chow Chow grows to about 43 to 50 cm and should weigh between 25 to 32 kgs. A healthy Chow Chow will generally live to between 9 and 12 years of age. 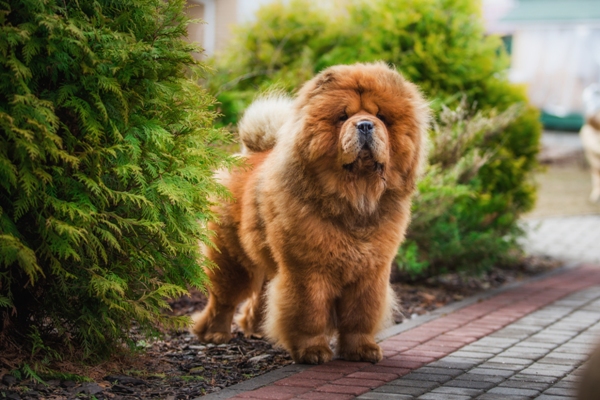 Chow Chows are very loyal dogs and are quite standoffish with strangers. They were often used as guard dogs in ancient China and have a tendency to be over-possessive when it comes to territory, food or family members.

Their temperament and personality has been likened to that of a cat; they don’t require much human interaction like many other dogs and they don’t have an excess of energy. They are well-suited to small homes, apartments and units but do require a good routine with at least one daily walk.

Interaction with other dogs in public or pets around the house can often be problematic with a confident and boisterous Chow Chow. Their protective nature can cause aggression towards other dogs and humans on the street and Chow Chows rarely cohabitate well with other pets in the home.

Because of their hunting instinct, it’s important to keep Chow chows away from smaller pets. When taking them for walks in public or socialising them, it’s best to keep them on a leash and closely supervised.

While the Chow Chow is a very loyal and sometimes over-protective dog, it’s advisable to socialise them from a young age and as often as possible to get them more used to strangers and other dogs. The Chow Chow is thought to be one of the oldest of ancient domesticated dog breeds. Originating in the steppe regions of Siberia or Mongolia, recent DNA testing has determined that the Chow Chow has a very close relationship to the grey wolf.

It’s thought that the breed stretches back some 2,000 years, but many believe that the Chow Chow’s history goes back even further. There is a Chinese legend that mentions black-tongued war dogs that came from central Asia that looked like vicious lions. It is also thought that a number of Chow Chows travelled with the Mongolian armies as they invaded ancient China.

The Chow Chow may not look like the hunting breeds westerners are used to, but they were put to work extensively and to great effect in ancient China. They were used to hunt pheasant and francolin and were praised for their stamina and speed. The black-tongued variety of the Chow Chow was also farmed for human consumption. Once the animal was butchered and the meat taken for food, the thick coat was used to produce clothing for the bitter Chinese winters.

Chow Chows first arrived in England in the 1880s and the breed quickly made an impression on Queen Victoria. A Chow Chow was shown at the London Zoo shortly after its arrival in Britain and the spectators were taken bythe sight of this unique wild-looking dog from the far reaches of the orient. The breed first entered the United States in 1890.